Woman “just the messenger” for cat’s grievances with husband, bears no reflection on how she feels about his incompetence 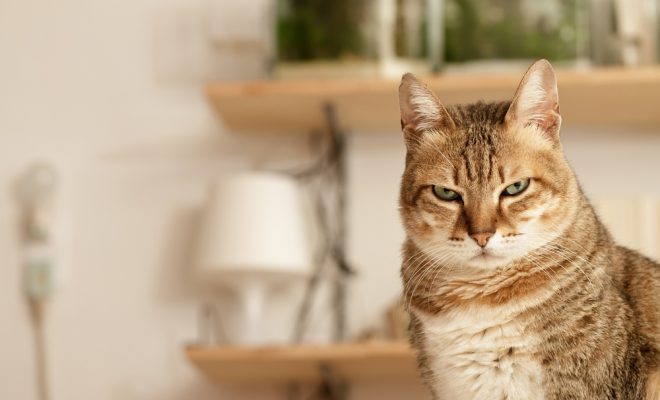 An Exeter woman has mastered the art of human-cat communication and is now able to relay detailed accounts of building resentment towards her husband expressed exclusively to her by family cat, Tibbles.

Louise Johnson, 32, explained: “I have a special bond with Tibbles, and I often know what he’s thinking before he even says it. Because of this innate ability, I’m able to let my husband, Phil, know when he’s done something to upset Tibbles, like putting the olive oil in the fridge or leaving his disgusting, smelly toenail clippings in a dish by the bed. Tibbles hates that.”

She added: “Tibbles was particularly upset after a recent visit from Phil’s mum, when she stayed for two weeks, totally took over and kept criticising everything I… I mean Tibbles did. Tibbles works really hard all day and doesn’t need to come home to nitpicking and Phil really should have stood up for m… him.”

“I really admire how Tibbles communicates so honestly,” she continued. “For example, I find it really difficult to tell Phil when he’s annoying me, but Tibbles just calls it as he sees it. Hang on… oh no! Tibbles look at this – daddy’s stacked the dishwasher all wrong hasn’t he? Sure, I’ll tell him for you.”

Louise’s husband, Phil Johnson, 34, said: “Tibbles and Louise are really close. It’s incredible how they always seem to be wound up by the same stuff.”

Louise responded: “I mean, Tibbles is a really smart cat, so he often makes some really valid points but that doesn’t mean I agree with all of his issues with Phil. As I’ve explained to Phil, on many occasions, if it were up to me he could put as many mugs in the dishwasher plate rack as he wants, but it upsets Tibbles. I’m just the messenger.”