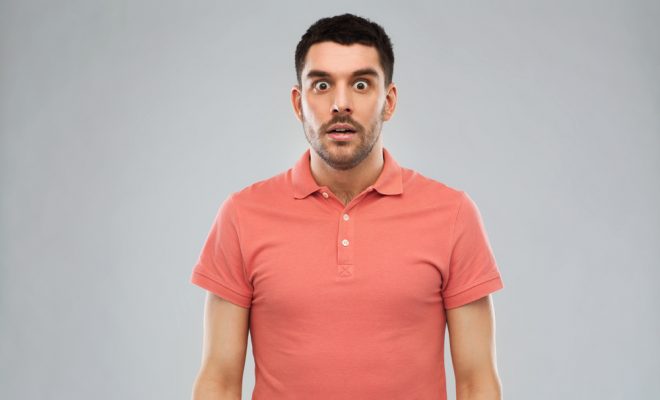 A Brixton man and weapons-grade fucknugget has been frozen in terror for just over half a year after being confronted over one of his many infamous off-colour jokes.

Richard Walsh, 36, was attending a house-warming party of reluctant work-friend Ken Donovan, 40, when he decided to spice up the evening’s conversation (which, we have since heard, was going fine and needed no interjection) with the joke, reportedly involving an alleyway, and unwanted advance, and a school of ducks.

He said [SUCCUBUS HAS DECIDED NOT TO REPUBLISH THE JOKE OUT OF CONSIDERATION FOR THE HEALTH OF ANYONE REPEATING IT], after which Georgie Willow, 35 stepped forward and asked him to repeat the joke clearly.

“I never thought that’d happen,” said Georgie. “I just assumed he’d be brash and unapologetic, but apparently the small sliver of conscience he has left kicked in and he was stunned. Thought it’d be a few minutes but he was stock still from that moment until I left four hours later.”

Georgie’s actions have been praised by several of the party goers, who have suffered under Walsh’s dreadful and offensive attempts at humour for several months. When questioned, Walsh would typically rage at the state of “political correctness” in the country.

“He was just such an utter, repulsive cunt that I never thought anything would shut him up,” explained Jason. “Maybe confronting him with the reality of what he was saying did the trick. Or maybe he liked Georgie, or maybe his brain did us all a favour and shut it down. Either way, parties are considerably less uncomfortable.”

Walsh’s still comatose body was taken away for scientific research. Doctors are studying his brain patterns to find some answers to paralytic embarrassment and the nature of “being a dick”.

“I’d like to say we’re working on unfreezing him,” said one scientist (who wished to remain anonymous), “but, honestly, it’s not a top priority.”

Chazz is a writer, comedian, and improviser (three words which give him the same level of employability as a swastika neck tattoo). You can follow him on Twitter: @chazzared for pointless thoughts, @dwbcomedy for sketch, or @JLTImprov for making things up.