“Stop mansplaining!” Woman refuses to listen to the basic rules of her boyfriend’s poker game before ruining his poker game 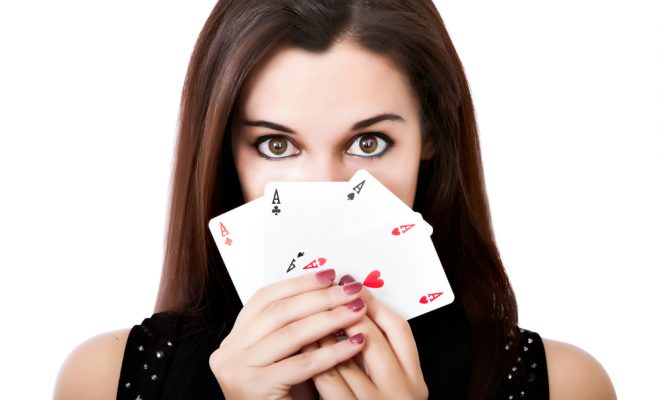 A woman from Hull was furious when her boyfriend tried to explain how to play poker before playing poker.

“It was a personal attack on me, and all other women.” explained Catherine Howells, 22.

Her boyfriend Josh, who organised the event, said that he “was just trying to help.” He said that Catherine had “never expressed an interest” in the card game before, or any of his many other boring hobbies.

When it got round to playing the actual game, Catherine was so overwhelmed by this shocking display of patronising abuse that she had no idea what she was doing and everyone had a crap time because of Josh.

It turns out that Catherine had actually known how to play blackjack, and while everyone else was doing pointless card nonsense, Catherine was busy sticking or twisting on her solid 18.

Josh later apologised for his behaviour and promised that it would never happen again.

“Poker is bullshit anyway.” Catherine explained. “I blame the unrealistic standards of ease with which poker is portrayed in films like The Hangover”

Catherine confiscated Josh’s deck of cards to make sure, and gave them a royal flush down his stupid smelly toilet.

Stay strong Catherine, we salute you.

← Previous Story Woman shaves entire arsehole, unfortunately it still looks like an arsehole
Next Story → Woman who refuses to watch news because it makes her sad is unhappy because she doesn’t understand what’s going on in the news