“Why isn’t my Fitbit® making me lose weight?” demands woman who hasn’t left her house since December 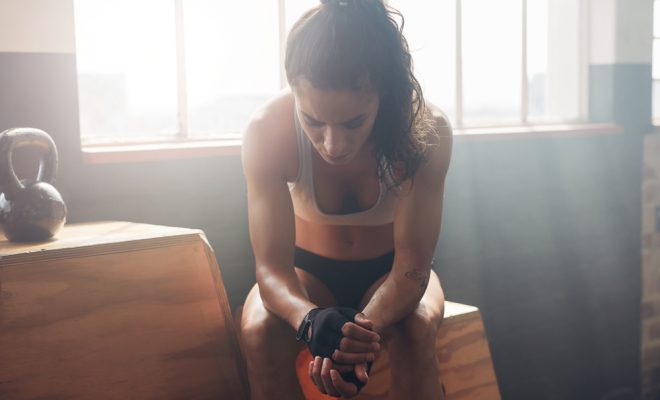 A Hastings woman is suing FitBit® over the failure of the product to improve her health, insisting that hers is completely broken.

The tiny little step and calorie counter that you strap to your wrist used worldwide by millions of people is said to be achieving amazing results around the world. Health officials say that the FitBit® is the greatest thing to improve fitness levels since the collapse of Southern Rail.

Jennie Armstrong, 34, claims she has followed all the instructions on the FitBit® to the letter: “I painstakingly logged my (on average) 2,300 daily calorie intake and the 18 steps I take each day into my device.”

Jennie claimed that not only was it falsely advertised, but has also ruined her social life. She explained, “everyone in the adverts looks so happy, and it’s not like that at all. It’s so lonely.”

She firmly stated that she “would not rest” until this case is brought before a judge, before adding: “well, maybe I could put my feet up for 20 minutes, just while Corrie’s on.”

“It’s clearly not working” stated Jennie, who hasn’t left the house since December, gave her court appearance via Skype.

Jennie went on to explain how she has high hopes her new Apple Watch.

Katie Pritchard exists within a whirlwind of carnage. A professional actor, a musician mastering 12 instruments (including the rather tricky slide whistle), a karaoke demonstrator, a writer and an award winning comedian, Katie has chosen a colourful cornucopia of professions to create the melée that is her life.

Next Story → Being told “smile, it might never happen” is secret key to true happiness