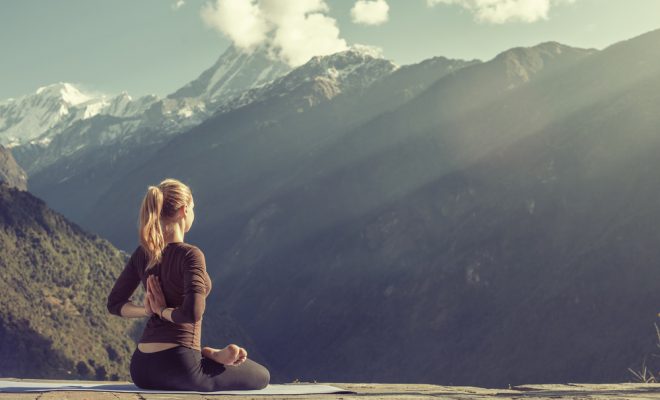 A Windsor woman has given up on her plans to get into meditation less than three minutes after she started due to crippling boredom.

Sarah Hart, 34, said she started her meditation session with every intention of sitting there for a good half hour before she realised how totally, insufferably dull it would be.

At 10.15am she lit some scented candles in the living room. She then lay down her yoga mat, which she still had from the time she said she was going to do yoga before giving up because “her toes are just too far away to touch.” She then started playing a guided meditation video that she found on YouTube.

After skipping through the video’s introductory “nonsense,” which explained some “unnecessary bullshit” about the purpose and technique behind meditation, the session started and Sarah was faced with an empty, silent void into which to meditate.

Sarah then experienced the most brutal and agonising two and half minutes of her adult life.

“It was horrible,” she said. “All I had to keep me entertained was the deafening silence within my head.”

“I was supposed to focus on my breathing, but my breath literally just went in through my nose and out through my mouth, it was so fucking repetitive. It was nowhere near as entertaining as, like, an episode of Sherlock or a video of some cute animals becoming friends.”

“I wasn’t even allowed to check my phone – can you believe it? If they want to get people into meditation these days they really need to give it some more features. Maybe they could play some Drake or something while you meditate to distract you from the terrifying emptiness of your conscious mind.”

Sarah has now dismissed meditation as “just a phase” she was going through and is intent on starting pilates next week, which she’s sure will be completely different.