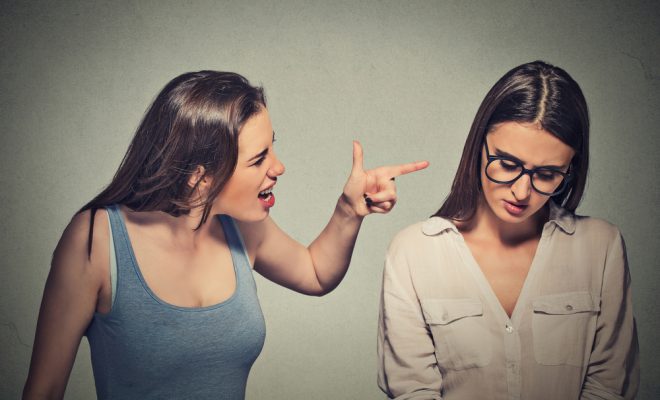 A Brighton woman who made everyone’s lives a living hell at school is feeling vindicated by feminism’s ‘Nasty Woman’ campaign.

Stacey’s staple bullying tactics at school including pulling girls’ pigtails out of their scalps, bursting through cubicle doors and forcing people up from their loo seats to point at the “poo that they did.”

Her victims are becoming more vocal in a mounting backlash against the campaign. One, who wished to remain anonymous, said, “When Ashley Judd did the beat poem about nasty women at a Trump rally I thought it was very good but I was concerned that genuinely mean women like Stacey would get confused. I do want her to be happy, but she put a snake in my lunchbox.”

Stacey ‘liked’ the ‘Nasty Women’ Facebook group a couple of months ago and increasingly started sharing their posts. Then, last month, she posted this open letter to her younger self on her Facebook wall:

Stacey was last seen at the women’s march wearing a ‘Nasty Woman’ t-shirt and pushing people in front of cars.

Cam is a character comedian. Everyone who meets her comes away with an intense feeling of jealousy.