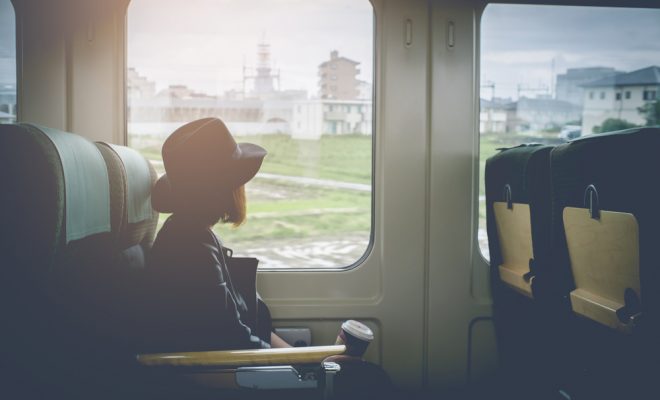 A very rude and inconsiderate train announcer blathering on about someone’s abandoned luggage has totally ruined a Feltham woman’s funny anecdote about that time she ordered a medium pizza but Domino’s brought over a large and they didn’t even charge her extra.

Katie Clarke, 22, was on the South West Trains service from Reading to Waterloo when somewhere between Ascot and Sunningdale she decided to regale her friend Louise Washinton, 23, with the amusing tale.

“I was just getting to the most exciting bit,” said Katie, “the bit where the pizza arrived, when this rude bloody train announcer started harping on like blah blah blah unclaimed luggage blah blah blah it’s ticking blah blah blah controlled explosion.”

“It was so embarrassing because I haven’t known Louise very long and she’s really cool and pretty and she has a nose ring and I really need her to know how funny and interesting I am,” Katie explained. “Without the big twist, she got left with the impression that I was just telling her about some pizza I ordered.”

“I did try to explain, but by that point Louise was all worked up about the ‘bomb threat’ and wasn’t interested.”

South West Trains were unavailable for comment, but Katie did have her own theory on why the announcer chose to personally victimise her.

“She’s jealous. She just wants Louise to herself.”