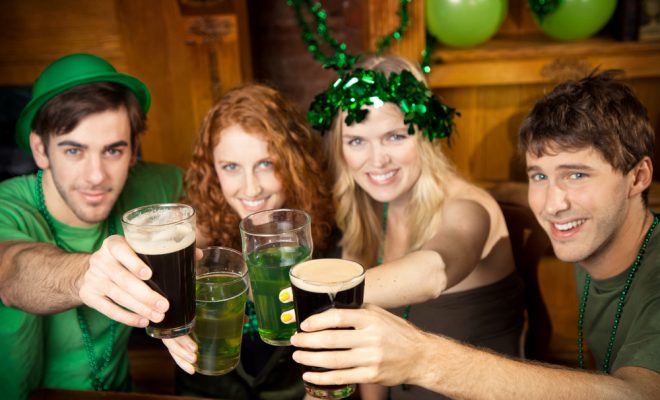 A Kilkenny woman has seen fit to celebrate St Patrick’s Day by purging her facebook of “snakes” in a move that has been celebrated as being both thematically consistent with the religious holiday and the right thing after what Becky did at New Year’s.

In a move that has been described by experts as “a long time coming”, Katie Louise, 22, spent her Friday deleting and blocking a total of nine people: Charlie, Sarah K, Sarah H, Megan, Jade, Alex, Shannon, Sam and then finally Becky herself.

Caught up in the fervour, she also accidentally deleted Joe Taylor, 22, a sixth-form classmate who had become increasingly attractive over the last four years. However, she could not re-add him because they’d once got into an argument about proportional representation which was never fully resolved.

Commenting on her process, Katie said: “I woke up this Friday with the image of Becky poised over the bowl of Chilli Heatwave Doritos still burned into my retinas and I thought “enough”. I poured myself a glass of Shiraz, put on a clean bra and opened up my friends list.”

“It’s not enough to just block them; you have to savour it. I built a Spotify playlist tailored specifically to each person I wanted to destroy based on how they have wronged me, the quality of their dress sense and whether or not they’re bad Catholics. Sarah K’s playlist has Vicar in a Tutu by The Smiths which sums up her right up in all three.”

Escaping relatively unscathed from this ordeal is Marina Bright, 23, who, although part of Becky’s lot, often kept out of the drama and reportedly once shared a Domino’s with Katie without even asking for money. An unrelated report suggests that Marina has also just got a job at Buzzfeed and Katie’s angling for an internship.

When asked for comment, Katie’s banished friends were baffled as it turns out they had hidden her from their timelines years ago.

← Previous Story Mandy only one who thinks “that dream she had” is “really weird”
Next Story → Inspiring! Brave woman shaves head in solidarity with sufferers of male pattern baldness