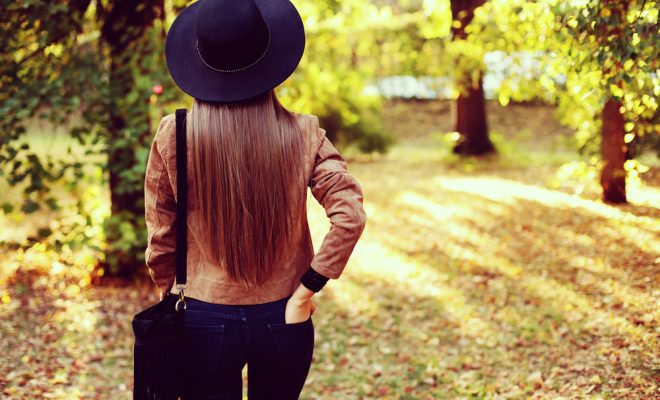 A vegetarian woman has justified her decision to buy a brand new £400 leather jacket, explaining that “leather is just a by-product of the meat industry.”

Lisa Brown, 30, was anxious to explain to her friends Karen Moore, 31 and Paul Green, also 30, that, despite her recent jacket purchase, she is still a fierce advocate for animal rights.

“I sat them both down over brunch and said ‘before you ask about the jacket, I should explain that leather isn’t actually the reason they kill the cow,’” said Lisa. “Of course, they both said they weren’t going to ask and wouldn’t have even noticed the jacket if I hadn’t said anything, but they were just covering for the fact that they were secretly thinking about what a disgusting hypocrite I am.”

“I then went on to educate them about Inuit culture, that’s the polite term for Eskimo, where they use every part of the animal so its death wasn’t a waste, and how I’m basically just like that. It has nothing to do with the fact that the jacket gives me a sexy, dangerous, Kate Moss edge, it’s about being respectful of the animal. Everyone knows that Eskimos are fucking amazing and love animals. I mean, have you even seen Pingu?”

While Karen and Paul each ordered a full English breakfast with extra bacon and insisted that they had no strong feelings about Lisa’s jacket, the conversation escalated, with Lisa becoming increasingly distressed.

“She just kept getting more and more worked up,” explained Karen, “even though neither of us could give a crap about what material Lisa’s jacket is made of. In the end, she stormed out, saying ‘fine, I guess I’ll just return it then. I hope you’re both happy!'”

A spokesperson for Lisa has confirmed that she has since returned the jacket to Free People and has spent the refund money on a Nutribullet for her newfound veganism.