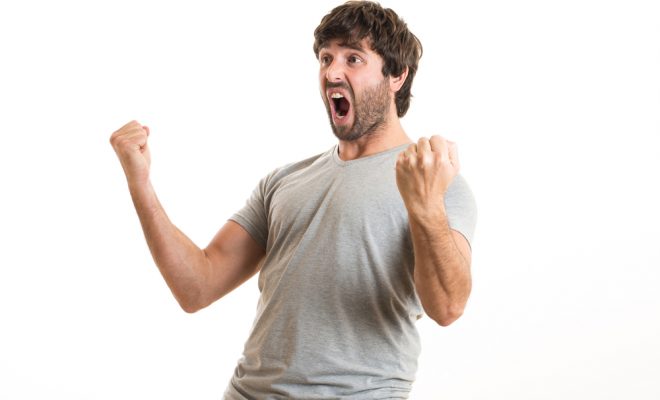 A Wiltshire man has been “in a great mood all week” according to close friends. The reason? He sent his mother an e-card for Mother’s Day.

Despite all evidence to the contrary,  Thomas Wicks, 27, has been bragging about his “major son points” and how much he cares about his mother Susan Wicks, 55.

The e-card, automatically generated by www.onlinecards.co.cz/cards/mother/random/literally_anything.html, contained a cartoon moose who loudly proclaimed “You’re my mother. Yay!” before exploding into a combination of confetti and glasses of red wine. What followed was a brief message to “Soozzun” [sic] explaining how much her “daughter” loved her.

“I’ve absolutely nailed it,” says the oblivious Thomas, spending his Mother’s Day getting high with friends and ignoring all familial calls. “She’ll bloody love it. I am the best at caring for my Mum! And I know she’ll send some money over. She’s dope like that.”

When approached for comment, Susan stated: “It’s so funny and sweet! I know it’s not an important holiday and my name isn’t spelled like that, but at least he knows I like wine. It was really lovely of -“ before being abruptly cut off by Thomas’ father, Malcolm Wick, 62.

“The boy’s a total fucking disgrace. He’s been reminding us every week for four months that his birthday is coming up, and we’ve splashed out on one of those fucking Nintendo Swatch things. He doesn’t fucking deserve it now, does he?! Bloody moron. Who the hell would forget Mother’s Day?”

We reached out to Malcolm’s mother, Dorothy Wicks, 94, who revealed she hasn’t received any contact from Malcolm in nine weeks.

Despite the uncaring nature of her son’s message, Susan remains hopeful. “It’s just nice to know he’s thinking of me. Sometimes you wonder whether children forget about their mums, but not Thomas. Such a sweet boy I hope he does something similar on my birthday.”

Chazz is a writer, comedian, and improviser (three words which give him the same level of employability as a swastika neck tattoo). You can follow him on Twitter: @chazzared for pointless thoughts, @dwbcomedy for sketch, or @JLTImprov for making things up.

← Previous Story Help! Only one of my boobs is feminist
Next Story → Mother accepts teddy holding chocolates is a fair exchange for life’s work