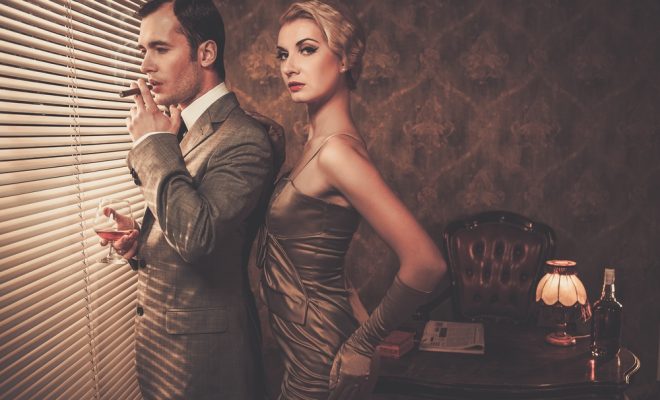 A Barnes woman was very excited when she finally realised the profession she was born to pursue: software marketing.

“I took English Literature as my degree, so naturally I was primed for a job in admin,” explained Tracey Dowdry, 22. “But I never realised how much it’s almost exactly like Mad Men!”

Tracey said she realised the similarities when she came home from a long shift in her office and decided to give the show, set in the 1960s, another go. The first time she watched it, she got halfway through and thought it was “a bit boring and difficult to follow”, so naturally opted for another lovely episode of Friends.

“But it’s completely different now,” Tracey said, having now watched one whole episode. “Working in marketing, I can totally relate to everything!”

Here are three reasons why Tracey’s job really is just like the hit AMC television series:

“It’s in quite a big office block with a lot of stairs” Tracey described, “Just like in the opening credits of Mad Men. I walk up all of them and feel like Peggy or January Jones!”

“One time my boss slapped my arse,” Tracey explained. “I think he was aiming to close the door but he got my arse instead.” She added, “I think it’s all part of the character of the office though,” before laughing sadly and gazing into the middle distance. “And I wouldn’t mind a slice of that Jon Hamm either!”

“We’ve got a liquor cabinet and everything!” Tracey said, gesturing towards a vending machine in her office corridor.

When asked about her favourite moments from the show, Tracey said: “well I’ve only seen a few episodes and I skim watched them because they really are quite tedious. Have you seen the episode of Friends when Ross gets a spray tan though? Brilliant.”