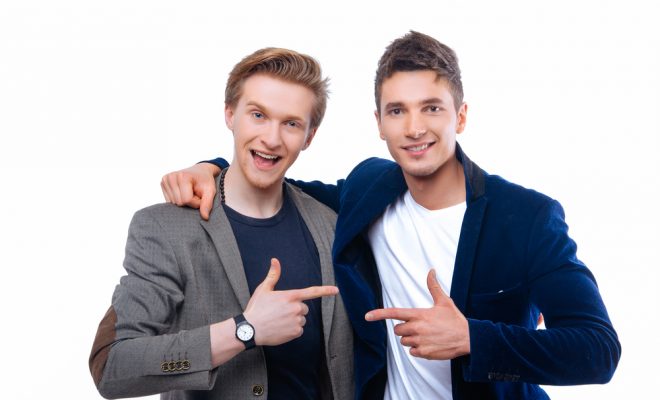 Comedy fans woke up in shock this morning to the news that two Camden men have decided to release an hour-long chat they had about their favourite film, Back to the Future.

“It just came to us” said Dan Stevens, 32. “We didn’t even plan anything! Kev got out his iPhone and we started talking shit. It was hilarious! We didn’t even get around to the film for 35 minutes we were having so much banter.”

The episode in question sees Kevin Broadstone, 29, and Dan go over their last Friday night, discuss their plans to give stand up another go and give a broad overview of the plot of the first half of the 1985 film Back to the Future.

Following the overnight upload, so many fans flocked to download the podcast that, for 13 ½ minutes, the world ran out of electricity.

Even though they have only released the first episode out of the 700 so far recorded, Dan and Kevin have already scored a deal with online streaming service, Netflix, to develop a sitcom pilot, and are in talks with 20th Century Fox to direct the next Jim Carrey project, they revealed in an exclusive interview.

“Yeah, they want us to do that Jim Carrey thing” said Dan and Kev. “I think he’s a bit shit, personally, but don’t tell him I said that. Anyone could do what he does, y’know?”

Critics have heralded the podcast as “unparalleled genius” comparing Kevin and Dan’s style to Monty Python, The Two Ronnies and Morecambe & Wise.  John Cleese was unavailable to comment on the story but he was rumoured to have described the podcast as being “the most revolutionary idea in comedy since man first slipped on a banana peel.”