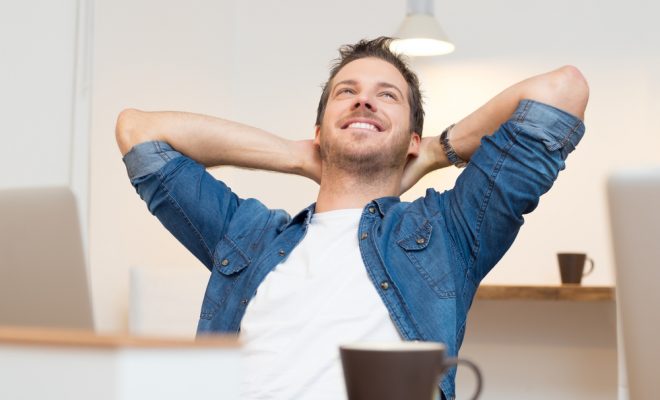 A Sussex man has impressed his peers by beating his addiction to hardcore pornography and, instead, simply imagining beautiful women partaking in violent and degrading sexual acts.

Many of Nathan’s friends and coworkers have been very impressed with his achievement, but he’s managing to stay humble about it.

“I don’t want people to idolise me; anyone could do what I’ve done if they put their mind to it,” explained Nathan. “A few people have called me a feminist hero because I’ve replaced online images of horrific sex scenes with imaginary ones, but I think that’s going a bit far.”

“If I’m being honest, some of the images I’ve seen on the internet over the years are so vividly and permanently etched into my brain that it’s incredibly easy to bring them to mind again. It’s as if someone has scrawled a thousand obscene murals on the insides of my eyelids and I can’t scrub them clean no matter how hard I try!” he joked.

Nathan is now running workshops in his local community to help teens keep away from pornography and explore their subconscious sexualised anger towards women using their own imagination.

“I teach the youths some basic visualisation techniques to help them conjure up more graphic mental images without the use of nasty pictures and videos. Some of the lads I’ve been teaching have been able to visualise all sorts of disrespectful and illicit sexual scenarios. I’m so proud of them. It’s a shame the local council aren’t being more supportive of my workshops.”

← Previous Story “I still don’t know what’s underneath his snapback. And I don’t want to know”
Next Story → I love that my boyfriend gets on so well with my dad, but I wish they’d stop getting drunk and fucking