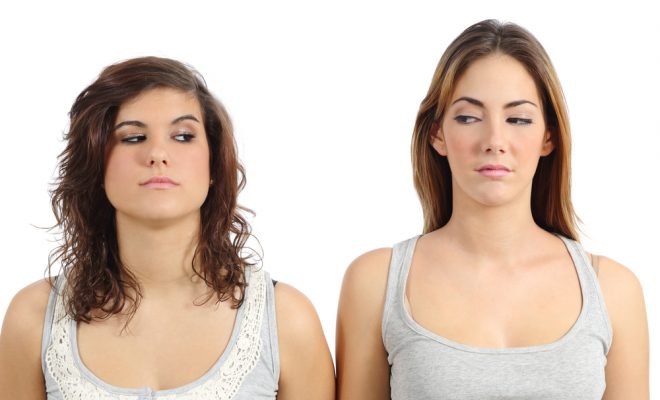 I’m a complete original. I’m not like any woman you’ve ever met. Except Eliza, the girl you said you fancied at my New Year’s Party. I am actually freakishly similar to her in loads of ways. Here are some of them:

Eliza likes spicy food. I too like spicy foods. But if we go out to Nando’s, I’ll have to get a lemon and herb burger though because of, you know, tradition.

Eliza likes cool lo-fi indie bands. I listen to Radiohead sometimes, even if their music makes me a bit sad. That’s okay, though, because I like being sad too, if that’s what you like.

Eliza is into sports. I happen to love all of the beautiful games. Give me a ball and I’ll bloody kick it around. We can count all the points it might score. Go team!!

Eliza enjoys foreign films. I like foreign films too. Who doesn’t love reading as well as watching at the same time? It’s two different activities you can do with your eyes. I’ve even seen Ratatouille twice.

Eliza has a tattoo she said she got with her friends got when they went travelling around Europe. I went to Cornwall once on a school trip so I know where she’s coming from! I’ve been around.

Eliza does MDMA on nights out in cool clubs around Shoreditch. Sometimes, when I stand up too quickly, I get a bit lightheaded, so I can totally understand that carefree buzz.

As you can see, it’s like me and Eliza are the same person – twins! A strange coincidence, I’m sure. Unfortunately Eliza can’t make it to my next party or any of the ones after that. I’ll be there, though. And that’s basically the same thing.

← Previous Story I love that my boyfriend gets on so well with my dad, but I wish they’d stop getting drunk and fucking
Next Story → Man who jokes about having sex with a woman he wasn’t attracted to actually very grateful for the human contact