Clever! Man doesn’t use specific names in his poems so he can recycle them for his next girlfriend 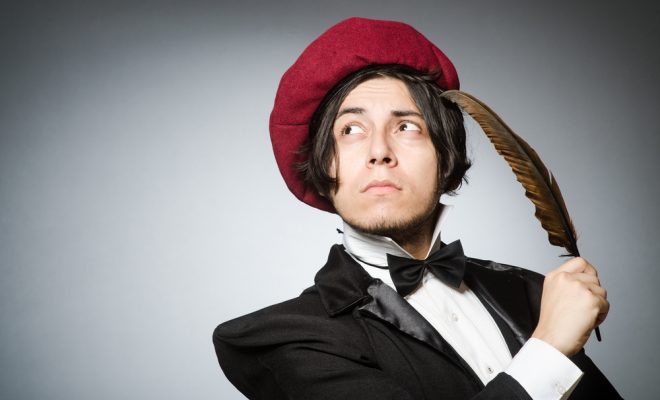 A Sheffield man has drawn praise from bachelors up and down the country after revealing his system to encourage women to mate with him.

Mark Rye, 34, rose to prominence on the amateur dramatics circuit after staging a production of King Lear where all of Shakespeare’s dialogue was replaced with his original writing. As his hairline has begun to recede, he has now turned to poetry.

“Poetry is a medium that no one really likes and, thank God, no one understands. It’s brilliant.” Mark chuckled. “ I can write a few garbage metaphors about beaches and windswept hair and next thing you know, I’m breast in hand.”

“You write it in the second person and the specifics take care of themselves. I’ve not written down the name of a human female in six years.”

When asked about the number of poems Mark Rye had written, he thought hard before replying, “Two. Maybe three tops”

On his plans for his further artistic endeavours, Rye explained “I want to move into sculpture, the only medium that people understand less than poetry. And if no one likes what I throw together, I’ll say it’s ironic and therefore functionally immune to all criticism.”

Mark’s self-published collection of poetry: ‘Beaches and Windswept Hair’ is available to buy on Amazon for 88p, and is definitely about his current girlfriend Stephanie, not his ex, Jennifer. It’s literally just an amazing coincidence she also happens to have windswept hair and likes beaches.