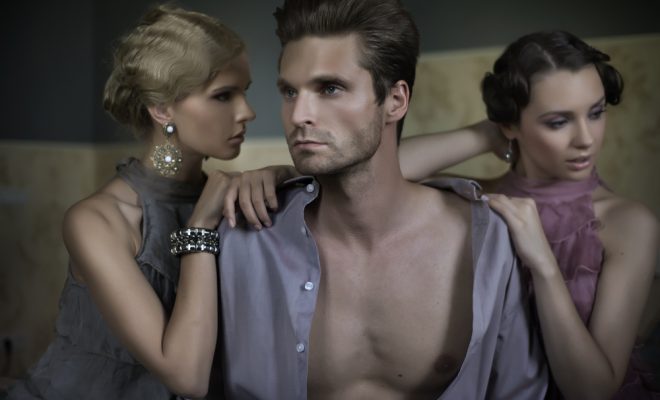 A friendship between two Harpenden women has become strained after an unfortunate incident involving the pair arriving at a party wearing the same boyfriend.

Miranda Copperfield and Ella Danes, both 22, had painstakingly co-planned their outfits for Siobhan’s 23rd in order to avoid any potential embarrassing overlap.

“We thought we had it all covered,” explained Miranda, “we both decided to wear black, but she wore a jumpsuit and I wore my classic little black dress. It was perfect. We didn’t clash, but we also didn’t look too ‘matchy matchy’. We were BFF goals.”

But due to a series of incidents beyond their control, involving  Miranda having to work late, and Ella oversleeping, the once-inseperable duo made the fatal error of getting ready separately and agreeing to meet at the party.

“Usually, we’d hang out beforehand, have a little pre-lash at mine,” explained Ella, sadly. “But, just this once, we thought we could phone it in.”

“We were wrong,” she added, morosely.

“I first noticed something was amiss when I met up with Ella at the party,” recalled Miranda. “We hugged, said hello, and then we both reached for Phil’s hand at the same time.”

“We both laughed it off at first, thinking the other was just being silly, but then it happened again. As it turns out, we’d spent so much time deciding on our dresses and jumpsuits, we hadn’t even covered accessories like earrings or boyfriends.”

“It was mortifying,” agreed Ella. “Miranda said that one of us should go home and change into a new boyfriend, but it very quickly became clear that she had no intention of being the one to do it. Why is it always me who has to change to accommodate her?”

Miranda, however, is optimistic about the future of the friendship: “I heard about two women in the States who showed up to their wedding wearing the same groom. If they can survive it, then me and Ella can totally get past this.”