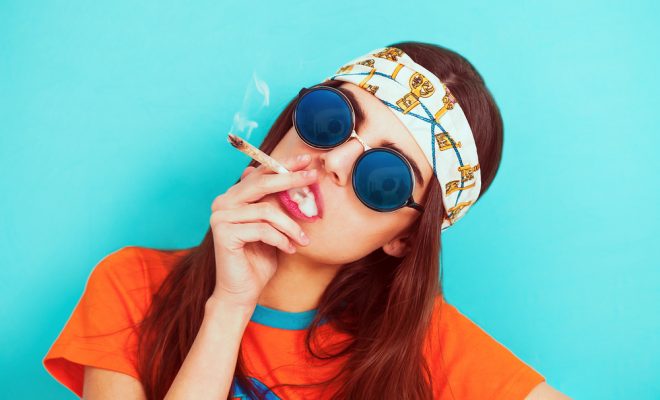 After smoking marijuana to help improve her creative process, a Ringmer woman has had the idea of a lifetime – and promptly forgotten it.

Elena Kirk, 23, rolled a satisfyingly fat one, smoked it while listening to jazz music (which, despite her altered state, was unfortunately still jazz music) and began enthusiastically typing the abundance of ideas that followed into her iPhone notes.

“I felt like I’d finally unlocked my true potential as a creative genius,” explained Elena. “I would normally spend hours staring hopelessly at a blank screen, but one spliff and I was Frida fucking Kahlo. She was an entrepreneur, right?”

“Then it happened – I had my million-dollar idea. I’ve never been so excited about an idea before and will probably never feel like that again. It felt like destiny. I immediately wrote it down and then tucked into a celebratory feast of grapes dipped in Nutella, served on cheese crackers.”

But disaster struck when Elena opened up her iPhone notes the following morning. While she recalled having written down the idea itself the night before, she had actually just recorded the words “million-dollar idea.”

Underneath were the words: “idea for TV show: woman opens TV agency” followed by the words “research TV agencies” and concluded with a final thought: “what’s a TV agency?”

A source close to Elena, who wished to remain anonymous, said: “Elena’s million-dollar idea was to invent Pringle-flavoured Pringles. She happened to be eating Pringles at the time. I don’t have the heart to tell her.”

← Previous Story Fitness blogger reveals she only goes to the gym to stop thinking about death
Next Story → Woman who says she’s “not a feminist” would quite like equality, actually, now you’ve put it like that