Man with hand up in lecture actually has a question 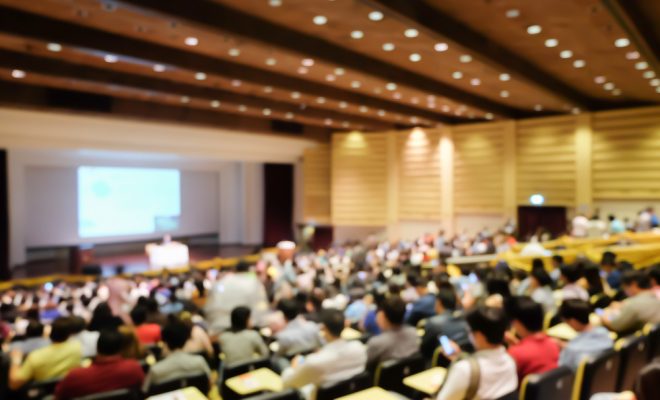 Shockwaves were felt in the academic world today, as a man who put his hand up at the end of a lecture actually asked a question that was essentially related to the subject matter.

David Mann, 20, attended a lecture given by Professor Angela Jamison PhD on robotic advancements in brain surgery on Monday evening. He bided his time, waiting for the full 70 minutes of the talk to elapse, before raising his hand and sparking the chain of events that has left the science world reeling.

“I was so unprepared for it, I had basically switched off,” confessed Professor Jamison, a leading academic at the University of Oxford. “We always give the option of questions at public lectures, but it’s invariably just people telling us other things they know that are tangentially related to the topic. I had to ask Mr Mann to repeat most of his question after it emerged he was expecting an answer and not just for me to confirm he was a very clever boy indeed.”

Mann has been unavailable for comment since Tuesday, when he issued a statement saying: “My actions may have been controversial, but I stand by them.”

However, it was not only Professor Jamison who was left perturbed by this course of events; fellow attendee, Tim Pearson, 20, felt that normal men wanting to simply state their points and get them validated by someone important, because their mothers wouldn’t do it for them, were edged out by Mann’s devious tactic.

“It’s just not fair on the rest of us”, commented Pearson. “I had something very insightful to add to the discussion that I saw on this episode of ’24 Hours In A&E’ a few weeks ago. It shed a whole new light on the topic and I bet Angie hasn’t considered it ever before.”

“I went up to her at the end and told her, because I really think it’s going to improve the quality of her work in the long term, but it just wasn’t the same. How can I get clever people to recognise that I, too, am a clever person, and confirm it in public, if people like Mr Mann keep using that time for asking questions?”

Imogen Sebba has produced live comedy in London, Cambridge and Edinburgh, and has also dabbled in reviewing, radio production, and stand up. Her first satirical piece caused four readers of the Cambridge Tab to unsubscribe on the spot.