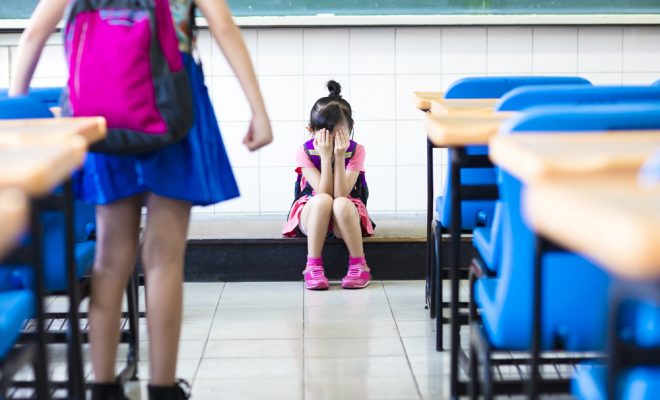 “I know schools are overstretched, but they just don’t appreciate the blood, sweat and tears that mums put into developing their children’s brand”, explained Jackie Salter, 37.

Having held an initial focus group with Fleur to explore what should be her “thing”, Jackie quickly dismissed academic achievement, sporting prowess and happiness as not being the “right fit” for her daughter.

The real lightbulb moment came one evening when, after watching three hours of non-stop commercial television, Fleur declared that she “loved Shopkins!”

“I knew our lives would never be the same again. My eyes filled with tears as I ripped up the Argos catalogue to create a mood board.”

Jackie admits the creative process was not without its challenges. In fact, it was nearly derailed altogether when Fleur threw her a curveball by announcing that she “hated Shopkins because they are pink”. It took several creative all nighters before Jackie managed to rework the palette and get Fleur’s buy in on purple.

Jackie curated an impressive range of Shopkins, including a rare one she bought for £3 for on Ebay, and a near-mint-condition specimen she found on the floor outside Superdrug.

Launch day arrived, but no risk assessment could have prepared Jackie for what confronted her at the school gates that morning. Headteacher, Mr Catatakker, 53, was handing out notes to parents stating that due to playground squabbles, jealousy and class disruption, Shopkins were now banned in school.

With her head in her hands, Jackie tried to estimate the losses on her doomed campaign. “It’s not just the figures but also the matching pencil case, hairclips and the pants and vest set I bought to complete the look. You can’t have one without the other, it devalues the brand equity and just confuses people”.

Tiffany's two aims in life are to make people laugh and not to swear so much. She thinks her 50% success rate is f*****g amazing!

← Previous Story Man with hand up in lecture actually has a question
Next Story → Inspiring! This man awkwardly looked away when his friends discussed the pay-gap myth