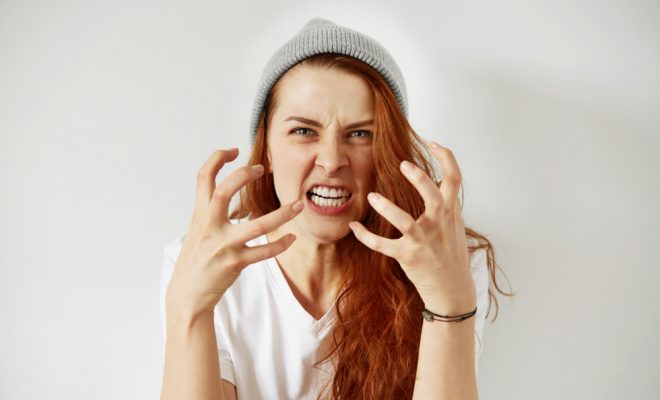 A Borehamwood woman is very cross indeed because her stupid, oblivious crush has not been behaving in a boyfriendly way.

Sophie Donovan, 25, says: “I bumped into Dave at Morrison’s yesterday, and he gave me a friendly hug and asked how I was. He didn’t even kiss me on the face, or anything. It was so rude.”

“I’ve met him twice now down the pub with the girls, and while I’ve not said a great deal in front of him, in case I blurt something out about my period acne, I’ve been putting out one hell of a vibe. He’s definitely ignoring it out of spite.”

“If he’s not going to sweep me off my feet in the sauces aisle and carry me home for a night of passionate lovemaking, then he’s clearly a total arsehole, and not worth my time.”

← Previous Story Three groom’s suits that say “who cares? It’s not like anyone’s looking at him”
Next Story → Starbucks barista dumped by girlfriend after getting her name wrong in bed