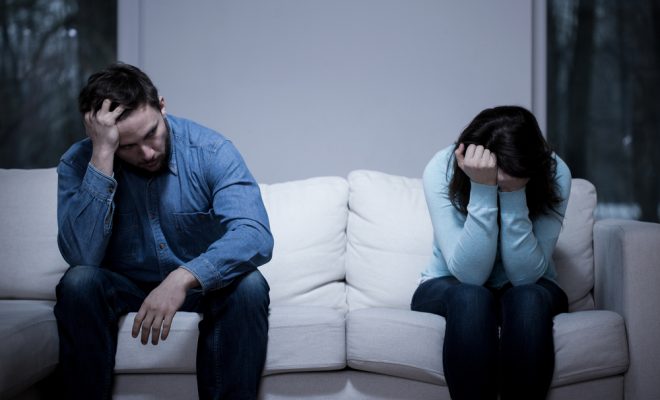 A Birmingham man has been dumped by his girlfriend after getting her name wrong in the middle of sex.

Ben Morris, 23, initially met his girlfriend, Dina, at Starbucks where he works as a barista. Ben inadvertently asked Dina out after spelling her name wrong on her cup.

“She came in and ordered a latte. I wasn’t 100% sure of how to spell her name so I just wrote ‘Dinner?’ on the cup and she assumed that I was asking her out on a date.”

As their relationship progressed, Ben regularly had issues with Dina’s name.

“He called me ‘Danielle’ on our second date and wrote ‘Diane’ on my birthday card but since both names are vaguely similar to Dina, I just laughed it off.”

However, a few weeks ago, the couple were in bed when Ben referred to Dina by a name that was significantly different to her actual one. Seeing that his girlfriend was confused and angry, Ben tried to make an excuse.

“Apparently ‘Deidre’ is just the sound that he always makes on the brink of orgasm.”

Unconvinced, Dina asked Ben if he even knew what her actual name was. The stress of dealing with names under pressure seemed to fluster Ben, and his attempts became increasingly inaccurate.

“He called me Donna, Dana, Dani, Daenerys and Khaleesi before I decided that enough was enough. I wasn’t really enjoying myself anyway. Ben is a bit like an espresso in bed – gets in and does that job quickly with none of the extra flourishes of a frappuccino. I was always left wanting more and by more, I didn’t mean an extra syllable on the end of my name.”

At this point, Dina decided to dump Ben.

“She asked me to leave, which was kind of awkward because we were in the middle of having sex. I wanted to stay in, but she ordered me to go.”