How to make him feel better about offending you 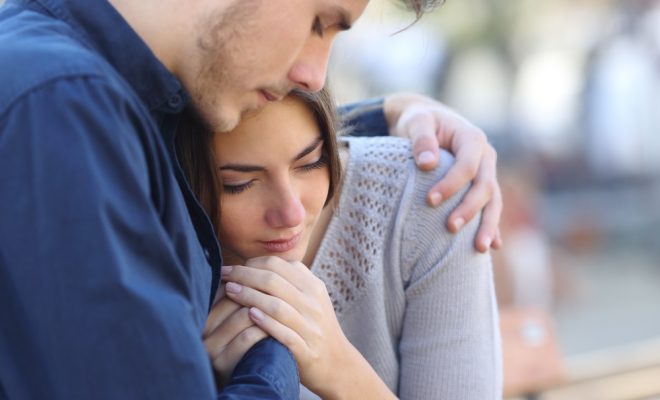 Rob said a terrible, offensive, slut-shaming thing to you, and maybe that makes him an arsehole. But then you got offended, and that upset Rob, which means you’ve been left holding the arsehole baton. For shame.

Obviously you should have better concealed your chagrin, which made him have to acknowledge that the hurtful thing he said had consequences, which is just unfair on Rob, who only wanted a bit of bantz.
Don’t worry, though, all is not lost. There’s still time to backtrack and protect Rob’s delicate feelings, while adding your own to the ever-growing ball of suppressed rage that lives deep, deep inside of you.

The first thing to do is convince Rob that what he said isn’t as big a deal as you made it out to be. Keep saying “don’t worry about it, I probably overreacted,” until he stops pouting and rolling his eyes.

After the big old fuss you made, Rob isn’t going to believe that he’s done nothing wrong without a proper reel of excuses. Blame your reaction on a combination of tiredness, hunger, hormones and straight-up crazy. You’ll soon have him believing the argument was your fault.

Do something special for him

You don’t want to damage Rob’s self esteem, and this interaction could lead him to be self conscious about the way he interacts with women in the future. The last thing you want him to have to do is consider the feelings of every woman he talks to, that would be exhausting, so try to erase the memory of the unpleasant exchange by doing something he likes together – like making him pancakes.
Related Items

← Previous Story Out of control bridezilla wants tables AND chairs at wedding
Next Story → Wedding hacks! Five groomsmen who’ll do in a pinch if he doesn’t show up