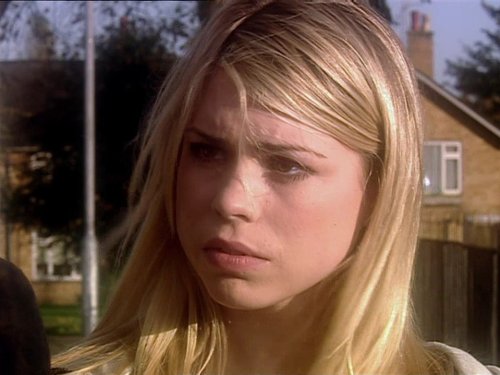 Some ginger bloke that all-round badass lady, Billie Piper, once married apparently does quite well for himself now.

Famous and respected actor, Billie Piper, split from Chris… Evans? Is that right? Isn’t he Captain America? Oh, that’s the other, hotter, Chris Evans? I mean, that would have made more sense for Billie to be honest… anyway, whatever, they split in 2004.

Billie Piper is best known for her groundbreaking role as Rose Tyler in Doctor Who, as well as playing the lead in Secret Diary of a Call Girl. This was after storming the pop charts with such famous bop-a-longs as ‘Because We Want To’, ‘Girlfriend’ and ‘Day and Night’. Two careers! And she’s, what? 34? Wow!

Recently, Billie (our notes have the two ‘i’s in her name dotted with hearts, but there was, devastatingly, no font for that) Tweeted her support for the casting of Jodie Whittaker as the 13th Doctor. God, we love you, Billie.

Sorry, what were we talking about again?