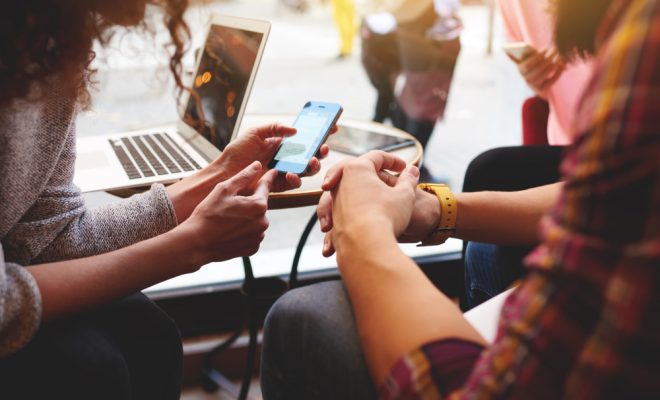 A Leicester woman has found solace in hundreds of her BFFFs (Best Facebook Friends Forever), following a particularly harrowing breakup.

Maria Dunn, 28, explained: “Nathan was a total bastard. He broke up with me after a year together, just because he wasn’t in love with me anymore. What kind of a stupid reason is that?”

“At first, I felt like crap, but then I found providing my Facebook feed with a running commentary about what a horrible shit he was really therapeutic.”

She continued: “I felt really vindicated by the fact that so many people could see, even though they knew nothing about the details of our breakup, and some of them had never even met Nate, that he was ‘not good enough to lick my shoes’ and I could do ‘so much better, babe’.”

“My Facebook updates ended up turning into a ‘thing’ in themselves, with my mates on tenterhooks, waiting for the next instalment of my breakup saga. Surprisingly, though, despite seeing how in touch I am with my feelings, nobody’s asked me out on a date off the back of this… yet…”

← Previous Story Ex-girlfriend “crazy” – unless she wants to get back together?
Next Story → Feminist man objectifies woman’s personality