Weird! Cabin pressure turned all my super cute holiday souvenirs into useless crap only a moron with no taste would buy 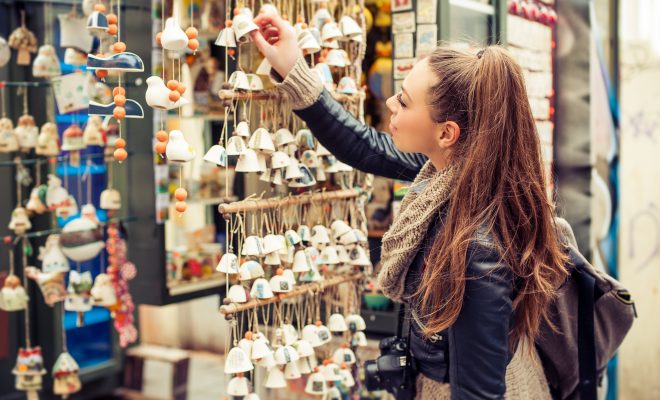 Unpacking my suitcase after a week-long girls’ holiday to Mallorca, I discovered something very strange had happened. At some point between the hotel room and home, all my tasteful, well-judged holiday purchases had morphed into the sort of cheap tat only a dumb tourist drunk on sun and sangria could be duped into buying.

The sexy neon bikini I’d bought in Magaluf, that, while I was away, had accentuated my pert, bronzed buttocks and made me look like a body-confident sun goddess, had disintegrated. Over a period of just a few hours, it had morphed into a few flimsy pieces of aggressively yellow Lycra, with G-string like bottoms that only just about covered my vulva.

Clearly not a flattering look, and not one I would ever dream of donning on a public beach. “How has this happened?!” I asked myself.

But that was just the beginning.

On the flight home, I extended my luggage allowance to accommodate several bottles of the local liqueur, convinced that the cocktail I’d invented was going to be “the next Aperol Spritz!” But the bottles’ contents had somehow soured over the course of the journey, turning from an aperitif not dissimilar to crème de menthe into something that would best be described as “unbearably minty paint stripper.” It was bizarre!

Then there was the duo of maracas, made, I was told by the boy in the Lidl carpark who sold them to me, by local craftsmen using traditional techniques handed down through generations. Upon opening my suitcase, I found that these were now empty diet coke bottles filled with dried beans.

And while I have to admit I do remember drunkenly buying two novelty shot glasses (ironically of course) where did these other six come from? The originals had clearly multiplied over the course of the flight, as no one in their right mind would actively seek out this much penis-themed glassware.

I have contacted my flight operator, as I’m sure these mind-baffling metamorphoses have something to do with the plane’s cabin pressure (or else are the result of black magic), because clearly a sophisticated, worldly traveller like me would never have wasted precious Euros on this pile of crap.