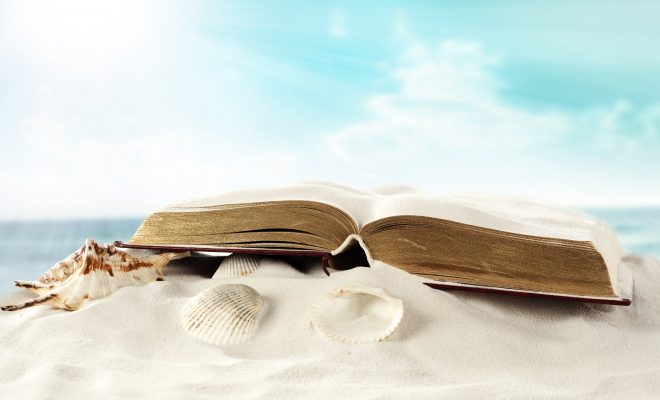 It’s summer reading season! A time when even those of us that haven’t so much as looked at a book in the past 12 months start making overly ambitious Amazon wish lists and vowing that this is the year we finally read Infinite Jest.

If we’re honest, we know the majority of our beach time will be taken up by napping and re-reading trashy magazines we bought at the airport, but that won’t stop us from wasting money on a bunch of hardbacks that’ll probably get dropped in the pool before they get opened.

So which critically acclaimed literary gems will supply the dead weight in this summer’s suitcases? We’ve put together a list of must-read books you almost definitely won’t read this summer!

Sally Rooney has been described as the ‘Salinger of the Snapchat generation.’ Unfortunately, you were too busy perfecting beach selfies for your own Snapchat story to get round to reading this author’s impressive debut.

Naomi Klein’s latest book looks to contextualise Trumps rise to power and urges its readers to resist. You only managed the first six pages, but that was enough to inspire you to re-post a Guardian think piece about the Paris Agreement while you queued for frozen margaritas.

The Fact of a Body (2017) – Alexandria Marzano-Lesnevich

The Fact of the Body has been hailed “a true crime masterpiece.” The hefty hardback made an excellent beer tray while you fell asleep on the beach listening to the second series of NPR’s Serial.

How Emotions Are Made (2017) – Lisa Feldman-Barrett

Neuroscientist Feldman-Barrett argues that emotions aren’t, as commonly assumed, pre-programmed. Rather they are psychological experiences we construct based on our own history, physiology and environment. This information might have come in useful when attempting to construct a counter-argument to your boyfriend’s unfair accusation that you were being “overemotional” when you drunk-dialled him at 4am Eastern European time, crying because the girls got a taxi back to the apartment without you.

White Tears is part ghost story, part thriller. It’s also a damning satire on cultural appropriation. You were looking forward to this one, but it’s festival season, so a lot of your time was taken up trying to find an authentic looking Indian headdress to wear to Shambala.

← Previous Story Weird! Cabin pressure turned all my super cute holiday souvenirs into useless crap only a moron with no taste would buy
Next Story → Six cute Airbnbs to overhear your friends poop in