Inspirational! Man-God worshipped as an exemplary dad after being seen to give a shit about his own child 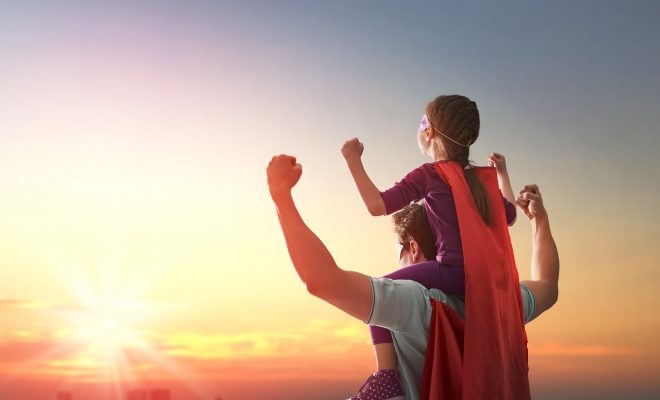 A father of one from Leicester has been bombarded with press attention, marriage proposals and job offers (including a five-season, superhero-themed biopic with Netflix) after taking his two-year-old son to a soft play centre.

“It’s been happening since Mason was born,” explained Gavin Howes, 34. “I only have to look in his direction, and people tell me I’m a role model and shake my hand.”

“I get cooed over relentlessly,” he continued. “It’s getting harder and harder to leave the house.”

Gavin went on to describe how, at the play centre, meeting the basic parenting requirements to keep his child alive was received with adulation.

“I pushed the buggy, people cheered, I got him a Fruit Shoot, the café owner nearly wet himself with joy. When I took him to the ball pit, and we laughed together, the place erupted into rapturous applause. I guess that was above and beyond.”

“People were gobsmacked, shaking with happy tears,” said Gavin. “They made a throne chair out of the equipment and paraded me around chanting ‘LONG LIVE MIRACLE DAD!’”

Gavin denies rumours that he is an alien, and hopes that other men find the courage to parent in public.

“There was a time when the attention was so overwhelming I did actually consider leaving my wife and child and emigrating,” he admitted, “but I’m glad I pushed through. I love being a…”*

*At this point, our interview was cut short, as Gavin was engulfed by an estrogen-fuelled mob.

← Previous Story Spooky! Woman who thought she was being ghosted discovers her bae is actually dead
Next Story → Exclusive: Your ex-boyfriend’s hoodie really misses you