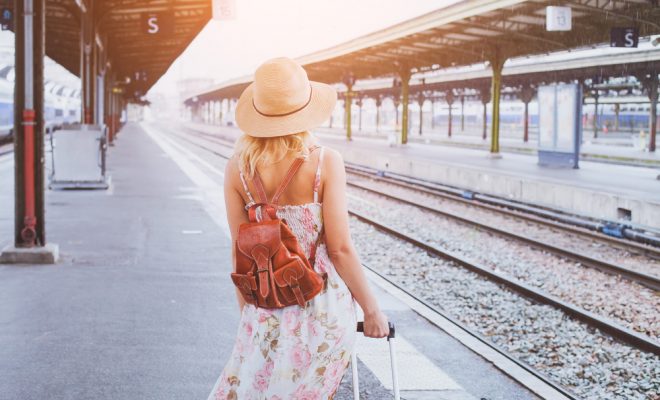 A woman on the 8.30am train from Edinburgh Waverly to Glasgow Queen St. today gained a victory for the feminist cause by moving her knee ever so slightly closer to a man sitting with his legs apart next to her.

Giddy from adrenaline, Sarah Shaw, 28, was obviously thrilled at the contribution she had made in the fight for women’s quality.

“I was minding my own business when he got on at Falkirk High and sat down right next to me, spreading himself all over the place like Lurpak on a potato, and suddenly I was forced to squash against the window.”

“It was at that point I decided enough was enough, and, with Rosa Parks in mind, I very pointedly leaned my knee towards his leg until they were just touching. I remained in this stance for the next 30 minutes until we pulled into Queen Street.”

Sarah has not commented on whether she plans to repeat this protest, but feels her actions had a powerful impact on their target.

“Physically, he made no indication he had noticed my protest, but it was clear to me that inside he was coming to terms with the consequences of masculine ownership of space and its effect on women in society. I’ll probably have one of those big Twix now to celebrate.”