Awkward! Meeting the parents when your new boyfriend is the Lord of Darkness, may he feast upon me and reign forever 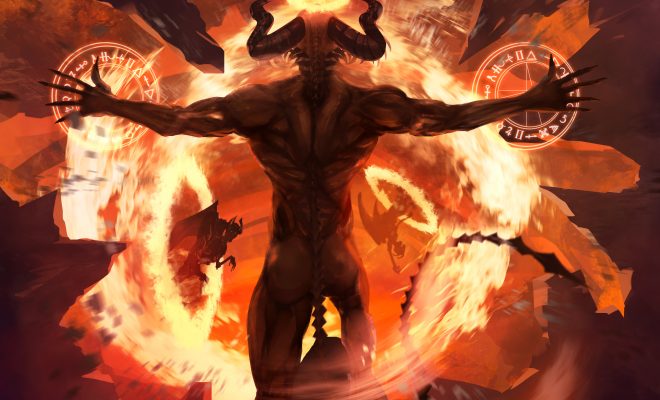 For one Devon woman, bringing boyfriends home has always been a tense and uncomfortable affair.

“I’ve got one of those dads, you know?” Explained Kathy Norris, 29, “He wants to make sure they’re good enough for his little girl so he acts all intimidating; firm handshakes, probing questions, at least a week’s notice before the visit so he can bulk up at the gym and have a temporary tattoo put on his forehead that reads ‘MAD C**T!’” [Sic: The actual tattoo is not censored].

“I went out with my ex for almost two years, but my dad never spoke a word to him because he wore hair gel. Thankfully, my new boyf doesn’t wear hair gel, but he is a swirling black shadow with eyes of red fire that bore deep into the soul and devour all that you once were, leaving nothing but a hollow husk desperate for his evil love to guide you and at last release you into his eternal black oblivion.”

“I guess I just have a thing for bad boys!” Kathy chuckled, while the sound of a thousand terrified souls screamed out as they were consumed by undying fire.

“Well, it was a bit awkward to begin with, the Unholy Prince cannot cross the threshold unless he is invited; but eventually, my mum heard the terrifying wail of black wind against the door, and let him in.

To Kathy’s complete surprise, her father didn’t say anything. “They clicked right away. I was so pleased, my dad just looked at him with an unending primeval terror as his sanity rapidly collapsed. It was so sweet!”

Kathy’s mother then called them all into the kitchen, where she was preparing a steak dinner. But once the Lord of Darkness was granted entry, the blood drained from the meat, then it blackened and began to rot, as did all the food in the kitchen. The peppercorn sauce turned to yellow pus and the black peppercorns launching into the air as flies.

“My mum was so embarrassed about that!” Kathy revealed. “She’s usually a very good cook. Luckily, the Master of Pain and Fire spoke to us without words, and we knew that we would feast that night, then my fathers’ still beating heart was ripped from his chest by an invisible hand and we all gorged ourselves on his blood.”

After such a great success, Kathy’s thoughts have already turned to her big day: “I’m thinking prawn cocktail starters, ritual sacrifice of my entire bloodline for mains”

← Previous Story Taboo! This thrill-seeking couple went to Pizza Express without a voucher
Next Story → “I don’t know what I saw in him” says friend who wrote four poems about what she saw in him when they were together