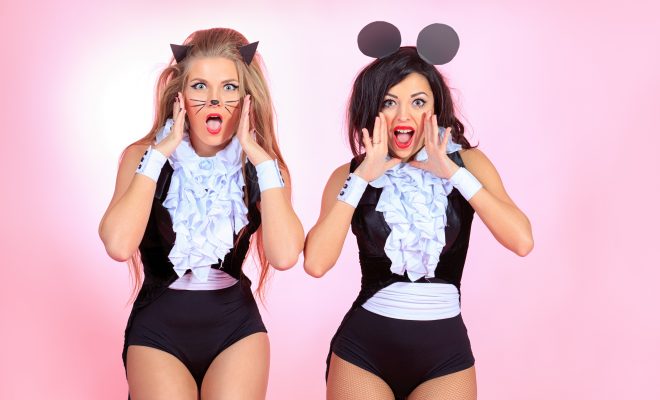 A Leatherhead woman was given a legit scare this Halloween weekend by some kids who popped out of the womb after the release of seminal 2004 arthouse classic, Mean Girls.

Emma Haworth, 27, opened her door at 7.34pm to the first round of trick or treaters. Pointing to her fluffy ears, she said: “I’m a mouse, duh”, which got literally no reaction. The situation reached critical mass when it transpired none of the kids knew who Amanda Seyfried was.

“I don’t understand!” she told friends. “I repeatedly screamed ‘in Girl World, Halloween is the one day a year when a girl can dress up like a total slut and no other girls can say anything about it’, at them, but they just stood there blankly like a load of 12-year-old morons.”

This incident is feared to be part of a wider pattern across the South East. Samuel Ellis, 26, of Portsmouth, reportedly “shat a brick” upon realising that Eleven from Stranger Things is younger than Finding Nemo, while Londoner Noah Preston, 31, went to bed for a week after discovering the kid in the “chicken again” advert wasn’t even born during the financial crash.

As the trick or treaters retreated rapidly from Emma’s house, she was heard to yell after them, “Boo, you whore! Oh Christ I’m so old, my ovaries are wilting and I’m still in a junior role! I can put my whole fist in my mouth!! Wanna see?! YOU GO GLEN COCO!”

The trick or treaters were too busy studying for their exams and preparing to be future world leaders to comment.