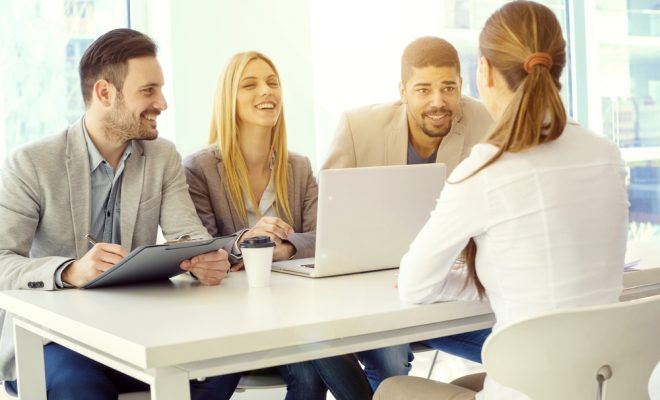 A male-dominated office in Rochdale continues to operate in disbelief after no baked goods were brought into the office for the sixth week running.

“Melanie always used to bake,” said malnourished-looking salesman, Reece Kendall, 35. “Brownies, flapjacks, sponge cakes; she always had something for the boys, but we’ve had nothing since this new girl took over.”

Graham Thomas, 29, from accounts receivable also said he was shocked the new girl was yet to bring any baked treats into the workplace.

“It’s just a tradition,” he shouted over a rumbling stomach. “The office girl always bakes. The only other one who didn’t lasted about three weeks and was mardy the entire time, but this girl seems pretty nice, so I just assumed she’d be bringing stuff in.”

Jess Adams, 28, the latest marketing assistant at the centre of the controversy, brushed off the complaints.

“For God’s sake are we still talking about this?” she asked. “How many times do I have to tell everyone – I don’t even like baking. If you want muffins, go to Greggs and buy some.”

However, it seems Jess’ reluctance to bake isn’t the only thing causing a problem in the workplace – according to several sources, Jess also became irate when asked to arrange a leaving party for her predecessor.

“I’d only worked with the woman for a week and thought someone else would surely know her better,” explained Jess. “Anyway, it’s not my fucking job.”

← Previous Story Shock! Woman who posted underwear pictures on Insta not, in fact, real model
Next Story → Amazing! This woman thought her boyfriend was going to dump her, then he did