Betrayal! Woman replies to crush without consulting with best friend 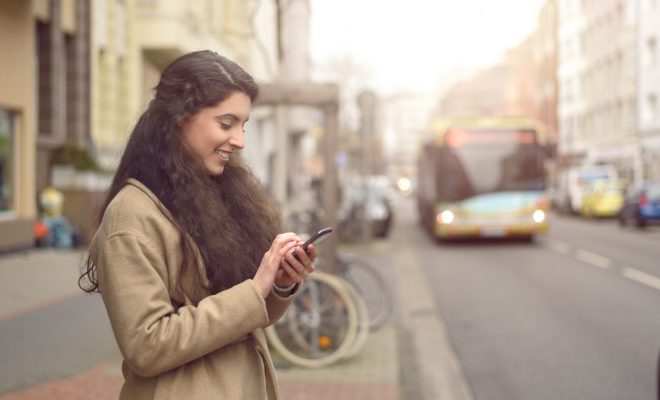 An eight-year friendship has been rocked this week after a Manchester woman replied to a text message from her crush, without consulting with her best friend.

Grace Miles, 26, has harboured feelings for 28-year-old Lee Bennett since they first met around two months ago, in an incredibly mundane and not-worth-mentioning way.

“He shares a flat with Marc, from work,” revealed Grace, desperate to account the incredibly mundane and not-worth-mentioning story. “We met when he came to after-work drinks and we’ve bumped into each other a few times since then.”

Lee’s message, sent at around 7PM on Wednesday, read: “Hey Grace. Marc gave me your number. Hope you don’t mind. Are you up to anything again this weekend?”

Incredibly, in a move which has sent shockwaves around Greater Manchester and beyond, Grace replied immediately and without input from best friend Helena Baker, 25.

“To be honest, I just can’t believe it,” said the disgruntled pal. “We’ve been mates since university and she’s never done this before. I don’t think anyone’s done this before, ever.”

Putting initial feelings of betrayal aside, Helena was also in disbelief that Grace wasn’t thrown by the incredibly cryptic message.

“Why so many full stops?” she asked. “Why send it on a Wednesday when he’s asking about the weekend?? Will he show the message to Marc??? Will the whole office know what she replied????”

Grace acknowledged it was a particularly sensitive situation, but said she just planned on being herself, and not fretting too much about the right thing to say.

“Who does that?!” screeched Helena, clawing at her hair. “It’s not normal!”

Experts from around the world have also weighed in on the unbelievable story with one self-styled relationship guru warning others about the unconventional approach.

“I’d suggest getting advice from as many people as possible,” said Sarah Coleman, 24, who was crowned “Winner of Tinder” three years running.

“That first message, especially, is important,” she continued. “I always aim to send something sexy, but approachable, interested, but not over eager and, most importantly, you’ve got to nail that chill-girl vibe.”

← Previous Story Amazing! This woman thought her boyfriend was going to dump her, then he did
Next Story → Woman in coma since 1995 still loves Germaine Greer