Uh oh! Woman finds Christmas present for herself in the ‘for him’ gift section 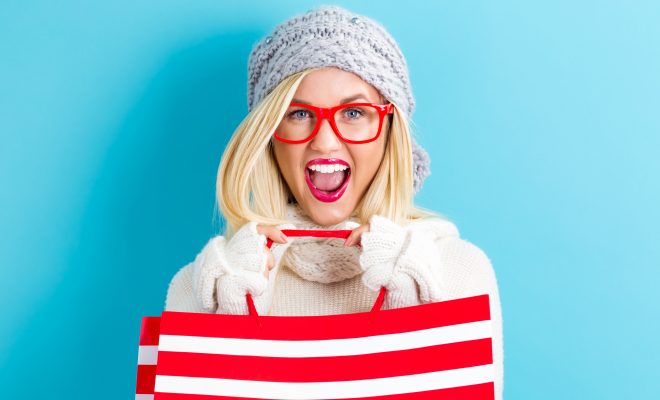 In the run up to Christmas, a Hastings woman spent twenty five hours a day worrying about finding the perfect festive treat for the new man in her life.

“I’ve been Mark dating for eight months,” revealed Angela Michaels, 26, “so we’re still in the danger zone where a bad Christmas present could result in him getting off with Jerri from customer relations at New Year.”

“Turning to online shopping, I found the ‘for him’ section, and knew I’d struck gold. Surely these gifts were exactly the same as the ‘for her’ section, just with the price taking into account the gender pay gap?”

“Obviously, I found nothing for Mark, but I was enthralled by the selection of gifts that greeted me.”

“There was a ‘make your own beer kit’, which is great because now I don’t have to face the aggressively masculine environment of the pub!”

“I also found a gun-shaped nose hair trimmer: Really handy because now my friends will not only be impressed by my personal grooming, but think I’m being EXTRA brave and sticking a weapon in my face every morning!”

“I did panic at first about the fact that none of these presents said ‘I don’t love you yet but I might by late March if you start putting the same amount of ‘x’s at the end of your messages as I do”.

Angela decided instead to get him a nice woolen hat and give him an enthusiastic blow job.

Ania Magliano is a comedian, according to her various social media bios, but in reality she is in her second year of neglecting her English degree at Cambridge. When she isn't 'knocking out bangers' on Twitter, (@AniaMags), she regularly performs stand up and sketch comedy. She is one of the co-founders of Stockings, an inclusive female comedy troupe.

← Previous Story That teddy bear you still sleep with knows all your weird sex stuff and is judging you for it
Next Story → Trauma! Parents inexplicably want you to know they still do it