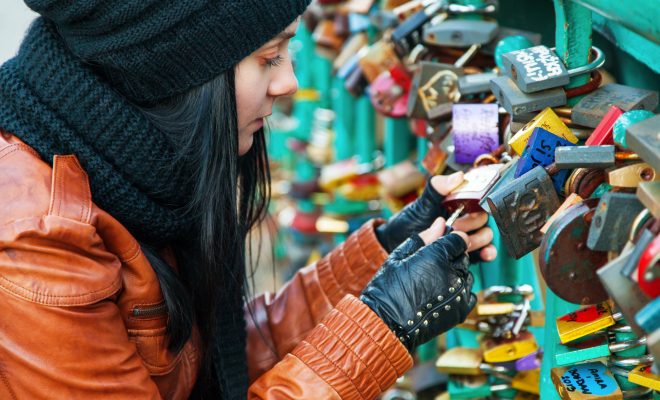 Uh oh! A cheeky trip down lovers’ lane was cemented into a binding contract this week, as couple Sally Davidson, 26, and Josh Ryland, 31, unwittingly sealed their fates for eternity.

“We thought it was a cute act to show our commitment to each other,” said Sally, tearfully. “We had no idea it was an irrevocable piece of legislation.”

“We put a padlock on a bridge three years ago, when we were at the peak of our honeymoon period,” explained Josh. “But we realised a year later that we had real fundamental differences between us that meant it wasn’t going to work out-”

Little did the couple know that according the the UK environmental act 1932, a padlock with two people’s names etched into the side, surrounded by a little heart, and attached to a bridge, is actually more binding in the eyes of the government than any real contract could ever be.

“I asked Josh to pack up all his stuff and leave, but every time he does, his stuff inexplicably ends up back in my house again. It’s so weird. It’s like we’re cursed.”

Many other couples have come forward with similar issues. Rachel Stately, 25, told her story:

“I thought it was a bit of a cheesy move to be honest, but my boyfriend at the time really wanted to do it. So we went to Wilkinsons, chose a lock together, and attached it to my local bridge. Now we can’t be apart, or one of us might die. It’s terrifying. Wilkinsons wont reply to my emails.”

When asked for advice, The Department for Romantic Gestures said: “In terms of tacky moves, this one’s up there with putting a ring in a fucking cake, or proposing on top of the Eiffel Tower. They got what was coming to them.”

← Previous Story Trauma! Parents inexplicably want you to know they still do it
Next Story → Woman who loved Netflix Christmas movies looking forward to own fuckboy revealing hidden sensitive side