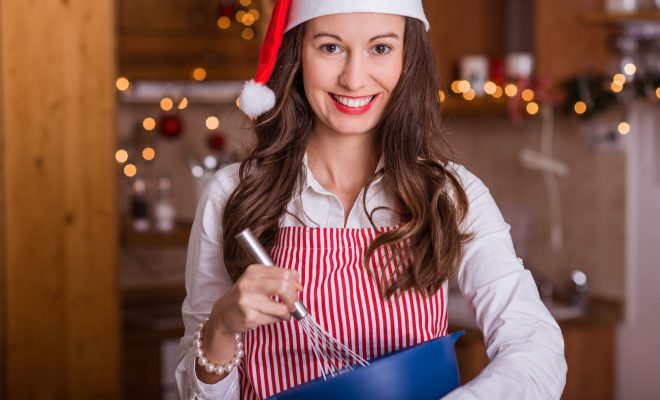 A Stroud mother of three who decided to “relax and enjoy Christmas” this year has also decided to lay on a homemade feast worthy of Nigella.

“I’m not making a fuss this year,” explained Amanda Moss, 47, to her husband for the fourth time in an hour. “I just want to be able to actually enjoy Christmas.” Family members enquired as to whether she would be buying her food ready made from M&S, doing a potluck that all the guests participated in or even booking a table at a local restaurant. She deflected questions, insisting she would just “make it easy for herself.”

Family members became suspicious when, as well as two hams and a crown of turkey, they found a frankly irresponsible volume of parsnips in the shopping bags. When making her rough plan for the meal, Amanda realised that she couldn’t decide on a parsnip recipie.

“I like Jamie’s 2007 parsnips,” she mused, “but those ones from his 2011 christmas special are also a winner. And Nigella does some really fun ones. And we will have to cook some special ones for John’s girlfriend who is a vegan.”

When family members expressed worries that she might be making too much work for herself, she was quick to shoot them down “It’s fine, most of it can be done the night before,” she insisted, despite having absolutely no evidence to back this up.

Amanda was also spotted secretly scouring a Christmas edition of Sainsbury’s Magazine and cutting out a recipe for a novel take on panne cotta.

“The parsnips are one thing, but to have a trio of desserts would be worrying,” explained Amanda’s eldest son, who had travelled for six hours to spend time with her over Christmas, but had been banned from the kitchen for “stressing her out.”

“She’s been awake for 34 hours straight, and I think she is doing something that involves a blow torch. I don’t even like parsnips.”