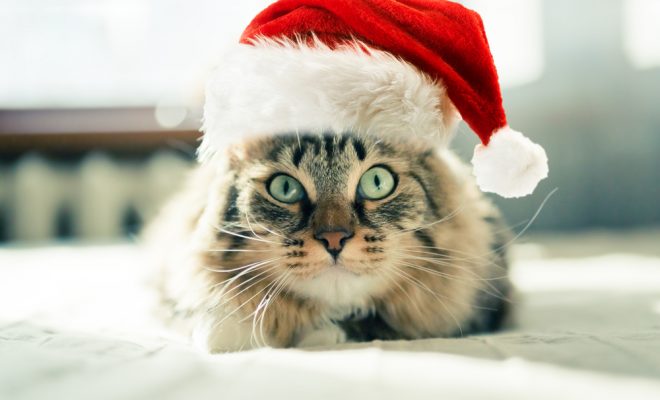 A Cardiff woman visiting home for the holidays contemplated earlier how, for the fourth year in a row, this new year will probably be the one in which beloved family cat, Socks, dies.

Socks, who was adopted from Cats Protection in the winter of 2004, is estimated to be anywhere between about 17 and 24 years old and has over 15 serious medical conditions, but is somehow still alive.

“This will be our last new year with him,” said Sarah McGroggerty, 24, as did several people independently, as the clock struck midnight. Socks, who was reluctantly wearing a party hat, reacted indifferently.

“I thought he was gone last week,” mused Neil McGroggerty, 54, the father of the family. “But turns out he was just sleeping. That happens a lot actually. Mind you, that’s how Nana went.”

“We just want to spend lots of time with him. He is part of the family,” said Neil, who made his least favourite son sit on the wooden floor so that Socks could stretch out across two thirds of the three-seater sofa in the lounge.

“I have several sores now where the floor has rubbed into my legs and all of my best clothes have been given to the cat for him to use as blankets,” said son, Samuel, 22, who fell out of favour with his family when he suggested that socks shouldn’t have Dreamies anymore because of the way they made him rip up seven toilet rolls and put half a mouse in the toaster.

← Previous Story Managing expectations in the New Year’s Eve group chat
Next Story → Exposed! Woman’s life nothing like it appears on Instagram