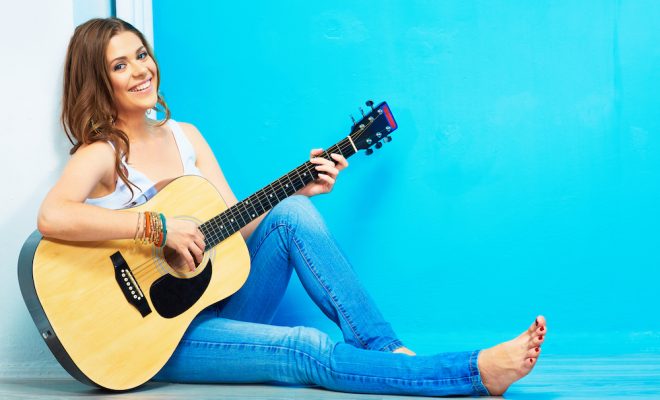 A male gig-goer shocked the music industry today as he declared Shoreditch-based guitarist Jamie Sykes, 24, to be “good”.

“I’m still overwhelmed,” said Jamie, after our reporter managed to squeeze past the legions of overnight fans camping in her garden. “You know how it normally goes – your band plays a set, then a random man comes up and tells you that you’re pretty good, for a girl. This time – I shit you not – he just said I was good.”

“I waited for him to keep going and say the rest, but he didn’t. He just closed his mouth and nodded approvingly. The silence was a bit awkward, to be honest.”

“I think it’s all a big fucking hoax,” declared Redditor and self-proclaimed music expert, BlurredLines420, as the Internet exploded. “Either she’s lying, or he was tricked by her unisex name. There are clearly dark forces at work here. This has ‘conspiracy’ written all over it.”

Unfortunately, BlurredLines420’s comment was directly contradicted by eyewitnesses at the scene, three of whom suffered instant dissociative seizures and are now only just recovering.

“Was it a masterful publicity stunt? I don’t know. I just don’t know,” said Alan Freed, 36, before a nurse entered the room with his medication and reminded him not to strain himself.

“You just don’t see that kind of thing every day. I’ll never forget it as long as I live.”

“Where do I go from here? Well, I don’t want to go too far too soon,” said Jamie. “Maybe my band will let me write a song next.”

Leon TK is a music industry professional who watches a lot of comedy on TV, and even goes to live stand-up gigs occasionally. He blogs here