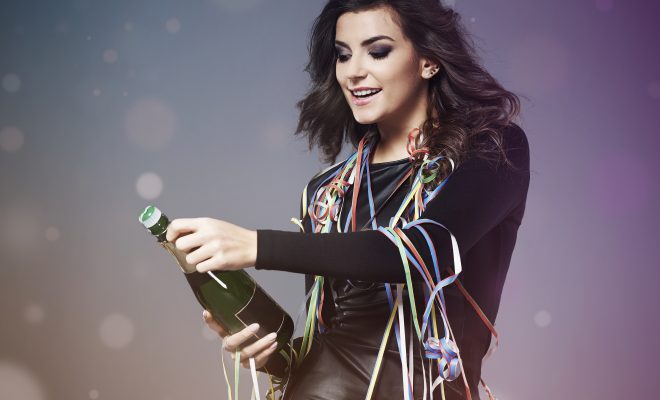 Widespread celebrations have been announced after a Hackney resident swiftly dealt with a guest who commandeered the music choice at her last house party to play his own “shit-hot playlist”.

Violet Smith, 24, who has had a national day of ‘saving parties and good taste’ named in her honour, said: “He kept pulling out the aux cable all night saying ‘this one is a banger’ or ‘this is totally not the mood right now but you all need it because I am the beat master’.”

“He didn’t stop there, insisting ‘women have such crap taste in music, how do you all even like Prince?’ and ‘I bet you guys haven’t even heard of Burial or Four Tet’,” lamented Violet.

“Eventually, during a mix that I came up with, he pulled out the cord during Robyn’s Dancing on My Own to play some Martin Garrix. I blacked out in shock and when I came to, people were handing me drinks, cheering, and saying I’d strangled him with the aux cord.”

“It was fucking brilliant,” gushed party-goer Anna Hussein, 23. “No one wanted to talk to this guy, he’d been coming and butting into conversations all night. Violet had been talking to him to shut him up about Bitcoin. She was just trying to have a dance. Then her eyes rolled into the back of her head and she let out this demonic roar. There was a crack of lighting and sparks appeared around her head. She telepathically picked up the cable jack and chased him around the room with it.”

The rest of the party is still investigating who invited the aux-cord-pulling guest. The party goers have warned the rogue inviter not to pull that shit with whoever they invite again.

Charlie is permanently distracted and is not from round 'ere. She writes, performs and occasionally films comedy in Cambridge and London. She's done things with Soho Theatre Young company and runs an LGBT-focused comedy night in Cambridge.