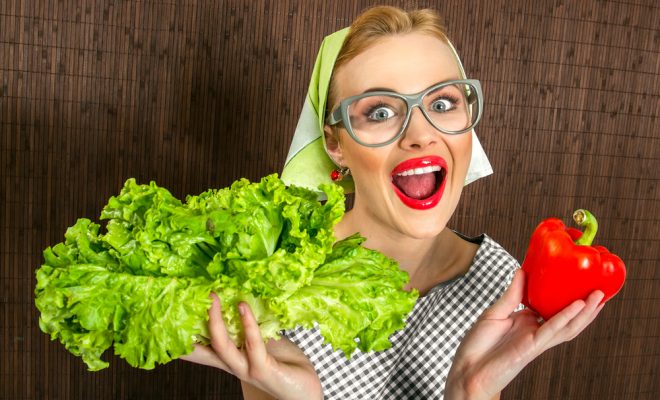 A PR manager from Swindon has been forced to abandon her vegan January after it became impossible for her to resist the mouth-watering flavour of her co-workers’ tender flesh.

Tanya Freeman, 32, spent the first few weeks of the year boasting about how eating vegan chia seed pudding made her morally superior to her colleagues. Unfortunately, as the days wore on, it became clear that Tanya not only thought she was above her colleagues ethically, but also in the food chain.

“I knew something was wrong when I saw her running down the corridor covered in blood, screaming: ‘I must consume the flesh of the innocents!’” said one co-worker, Susan Evans, 37.

“At first I thought maybe she’d caved on the veganism and got a Big Mac, but I was relieved to find out it wasn’t something so disgustingly unhealthy, and that she is just a dangerous cannibal.”

Tanya was quick to defend herself, issuing the following statement: “I acknowledge that my craving to gnaw on human arms made me a bit tetchy earlier in the month, but I gave #veganuary my best shot. I wasn’t able to completely remove animal products from my diet, but to my credit I now only eat free-range meat, such as David from Digital Marketing.”

Ted Pritchard, 35, Tanya’s assistant, who has been a vegan for the past 20 years, said: “Veganism is great for the environment, promotes an ethical relationship with animals, and many people feel health benefits when they switch to a plant-based diet. Despite this, I appreciate it doesn’t work for everyone, especially those with existing health conditions such as the uncontrollable desire to kill and eat other people.”