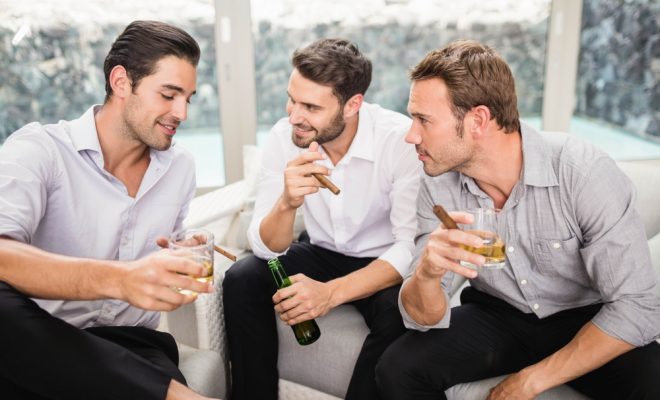 A group of male colleagues from Penicuik have unanimously agreed that they shouldn’t feel bad for making a joke about Dana not being great at working the printer.

Dana Cliffe, 23, was out of the room when her colleague, Michael Brookes, 32, mentioned he thought it couldn’t be a coincidence that Dana, the only women in their office, had had trouble with the printer earlier that morning.

Another colleague Dale Addington, 42, explained: “We laughed and then Rod said ‘That’s not sexist, is it?’ and for a moment we were all really worried, but we discussed it amongst ourselves and we decided that, even though we’re men making a joke about women being bad at technology and we didn’t actually ask the women if she found it offensive, we’re all nice guys and not sexist, so it couldn’t really be sexist, could it?”

Dana commented: “I couldn’t get the printer to work and later I discovered it was because someone had left a drumstick lolly lodged in between the ink cartridges. I laughed when the guys told me about their joke, and tonight I will go home and tear into my yoga brick with my teeth because it’s easier than telling them to fuck off”

Dale, also said of the all-white group: “We’re trying to get a self-congratulatory hat trick today. We’ve also agreed that blackface isn’t offensive if a satirical comedian is doing it, so that’s a big relief.”