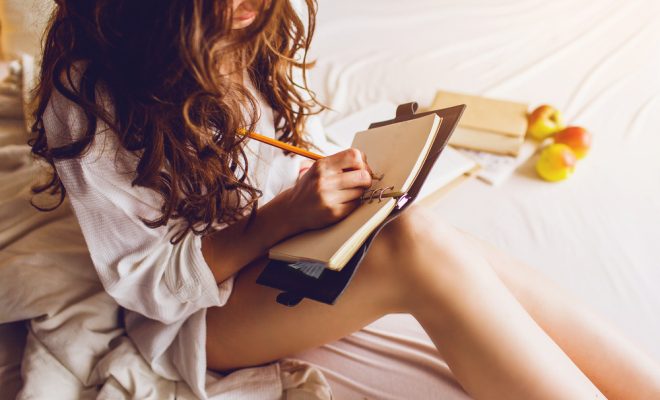 A North London barista has been forced to defend her purchase of a deluxe £25 Moleskine notebook after it was revealed that the other twelve pads on her desk contained no traces of the novel she claimed to be writing.

“For a while, I thought I needed a vintage typewriter to win the Nobel Prize for Literature, but after I’d typed ‘book-spiration’ and ‘writer-tivity’ on it for Instagram, I realized that neither of those words would form part of my novel, or indeed the English language.”

“My novel is a time-travelling tragedy for the Twitter age, so creating it involves a lot of diagrams, post-it notes and looking at Buzzfeed all day instead of writing. All of these activities require notepaper with a high GSM to absorb the tears I shed when faced with the actuality of creative work.”

Responding to accusations that she once used a special edition iridescent mermaid pad from Paperchase (£13) to write a single shopping list, Hannah said: “You can’t buy creativity,” before concluding, “Trust me, I’ve really tried.”

Hannah made a further pledge that she would write in her best handwriting for more than the first page of the notebook. Experts later confirmed that this was not humanly possible.