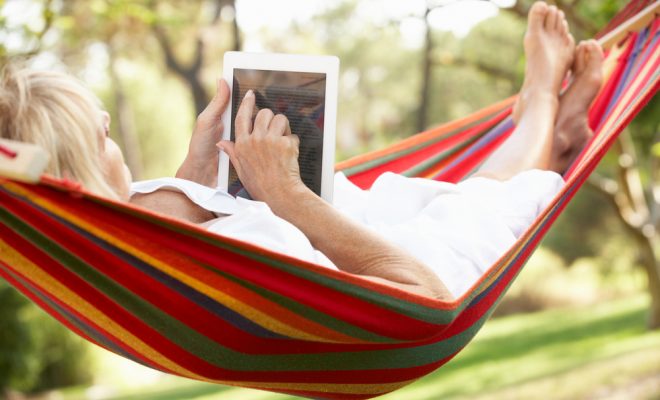 Gloria Thomas, 74, denied any knowledge of the book’s contents, how it got on to her device, or why it was open at page 145.

“Oh, I don’t know how to use that thing,” she said pointing at her Kindle, which she had purchased and set up herself.

Gloria, who successfully uses several social media platforms and owns an iPhone went on to insist: “You know me, absolutely useless with technology.”

Not content that the issue had been discussed in enough depth, a blushing Gloria said: “I’ve never heard of that anyway. 50 shades of what? Is it about paint?”

While her sniggering teenage grandchildren explained the book’s contents to her, Gloria practiced a catalogue of faces belonging to someone who was definitely shocked, disgusted and horrified.

In the conversation that followed, she responded only using the phrases “oh God” and “oh no, that’s not my cup of tea.”

“I only really like those wartime books with a picture of a nurse on the front,” explained Gloria. “I once picked up a Jilly Cooper novel, but I took it to the church garage sale after seven pages as it was much too fruity.”

Gloria, who has three children, concluded by saying: “obviously I would never read a book about female sexuality. That would be disgusting.”