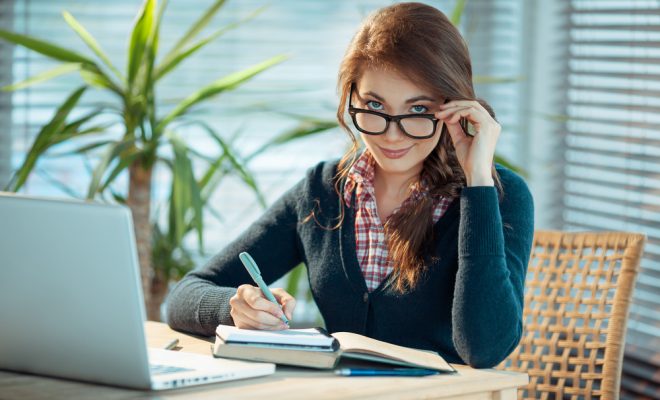 The hot woman in your husband’s office announced today that despite being super hot, and sometimes wearing skirts above the knee, she has, in fact, zero interest in sleeping with your loved one.

“I do like sex,” said Tara Brightman, 27, originally from Croydon, but currently living in a flat share with some model friends in Balham, “so it’s not that I’m opposed to the actual act. It’s just… I usually like to do it with other hot, single people. Not unappealing, middle-aged married men with halitosis and a Simpsons obsession. I guess it’s just a preference thing?”

Questions were raised about Tara’s intentions when messages between the two were found online. But Tara had what she claimed was a valid excuse.

“Yeah, I mean, I did think it was a bit creepy that he kept commenting on my Instagram posts, but he tells me he’s a happily married man at least four times a day, so I didn’t think anything of it. In fact, he tells me almost every time he accidentally brushes up past me at the photocopier. Which is a surprisingly frequent occurrence. He’s such a clutz!”

Tara went on to give her take on the marriage, of which she knows very little as she tries to keep face-to-face communication with your husband to a minimum wherever possible, particularly after his 10am packet of Pickled Onion Monster Munch.

“I think it’s sweet he’s managed to find someone who wants to spend the rest of their life with him. I mean, I know what he’s paid, so he must have something going for him.”

“I guess it goes to show that there’s a lid for every pot, which gives me and my model friends faith when we’re out on a date with another hot sexy guy. I hope I find someone like that for myself some day,” Tara admitted.

“Although I must stress, when I say someone like that, I actually mean someone completely different. I really do want to make that very clear.”

Claire Wetton is a TV, radio and online comedy writer, and was named on the 2017 BBC Talent Hotlist, a fact she likes to shout at strangers, should they be foolish enough to accidentally make eye contact. Her all-time favourite pastime is having men explain comedy to her.