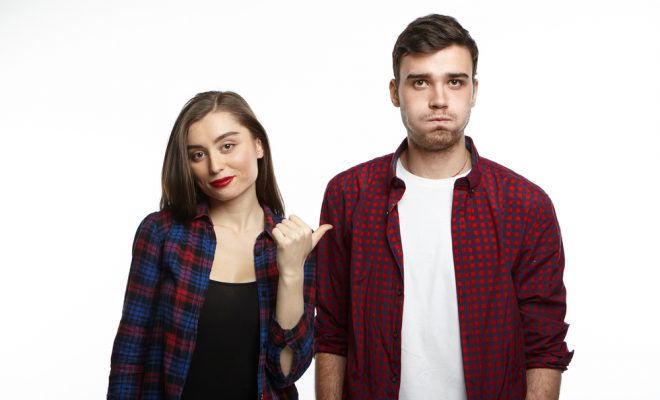 A Cardiff woman had an unexpected shock last week when she turned up to her date at a mid-range cocktail bar chain only to discover her date was a just a 5’10 red flag wrapped in a flannel shirt.

The woman, who wishes to remain anonymous, had been set up on a blind date with the flag through a mutual friend.

“I have to admit my heart dropped when I saw my date, but I thought I’d give him a chance because I don’t like to think I’m a prejudiced person.”

However, her fears were confirmed when the flag ordered a glass of milk from the bar.

“I was like, OK, that’s strange, but I was sure there was a good reason for it, maybe something medical? But there wasn’t. He said he only drank ‘from nature’ whatever that meant.”

“I was worried that there wouldn’t be much conversation, because he was a flag, but I was wrong. Very wrong.”

“He talked at length about topics such as Tarantino films (pro), birth control (anti) and a myriad of deep state conspiracy theories.”

Adam Farley, 23, the bartender on duty that night, said: “We get that flag in here a lot. Most of his dates stay don’t stay long. That’s why I remember this lady. She was there for two hours and 45 minutes.  We kept screaming at her ‘SAVE YOURSELF!’ but she was too polite to acknowledge it.”

With so many things literally screaming at her to get the hell out of there, what did, in the end, push this woman to call it a night and gently reject the flag?

“He got up to go to the bathroom and I saw he had a small plaited pony tail coming down the back. I ran out before he could get back and told the barman to tell him I’d come down with sudden diarrhea.”

The flag is still at large in Cardiff and all women are encouraged to apply extra caution when accepting dates from mutual friends.