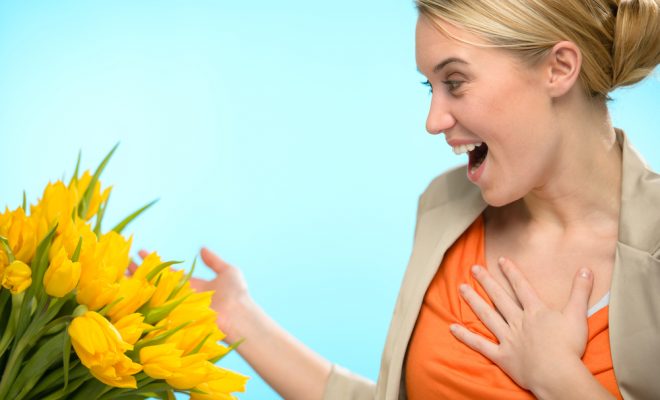 An admin assistant from Stoke has received a last-minute Oscar nomination following her moving performance as “shocked girlfriend” on Valentine’s Day.

Becky Camberwell, 28, became the star of a nondescript office on Wednesday, February 14th, when a dozen red roses were delivered to her desk.

The aspiring starlet appeared entirely surprised, and even a little overwhelmed, as the delivery man approached her work station – an incredible achievement, considering she’s received the same thing for the past three years and for every birthday, anniversary and lovers’ tiff in between.

“I just can’t believe it,” Becky seemed to gush at the time. “He’s such a little sweetheart. I had no idea.”

In fairness, a miniature teddy bear on a stick did make a debut in this year’s bouquet, bringing much-needed variety to a tired and predictable tradition.

In further Oscars news, recently single receptionist Matilda also received a nomination following the delivery – this time for best supporting actress – after she somehow managed to conceal her disdain.

← Previous Story Five Valentine’s gifts that will make you think “that’ll do!”
Next Story → Lucky guess! Man who hasn’t noticed “anything different” about girlfriend takes wild shot with “haircut”