Lingerie fitter has no idea what bra size you are either 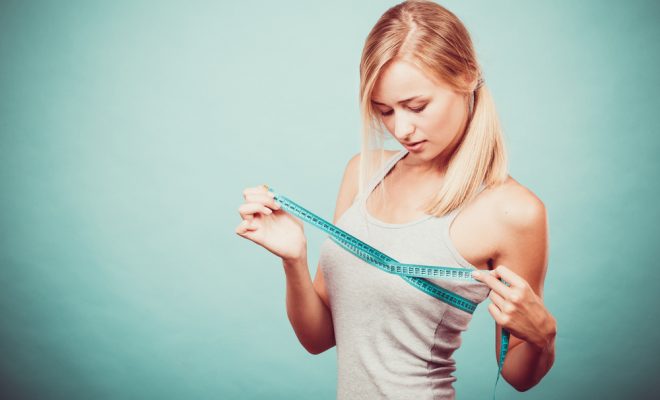 Shock waves ran through the lingerie department of a major British retailer this week when it transpired that a woman staffing the changing room of its Staines branch had no earthly idea how to fit a bra.

“I asked for a bit of help because I used to be a 32E before having kids, but now I think I’ve gone down a bit,” said Caroline Saunders, sporting a visibly lumpy décolletage. “The lady told me I was actually a 34DD, so I tried on some of those, but my underarms started to crinkle up like an accordion so she brought in a 38F style.”

“After that, we tried a 28A, a 36C and a 42B that I think she’d actually picked up by accident,” Caroline reported. “Finally, she put a tape measure around my left knee, handed me a Tarot card, and told me to consider a mastectomy.”

After Caroline tweeted a picture of her back fat being sliced painfully in half by one of its bra straps, the retailer expressed regret.

“We train our lingerie staff to measure every man, woman and child who walks through the door as a 34B and send them on their merry way,” it said. “We regret that this customer’s experience fell short of our usual standards.”

A child of the 1980s, Emma became a journalist because they got the highest salaries in The Game of Life. Thinly veiled, score-settling parodies such as the above are her way of channelling her disappointment.

← Previous Story Scientists invent changing room curtain that nearly closes all the way
Next Story → Is your boyfriend wearing his jeans too low or is he simply still in the process of putting them on?