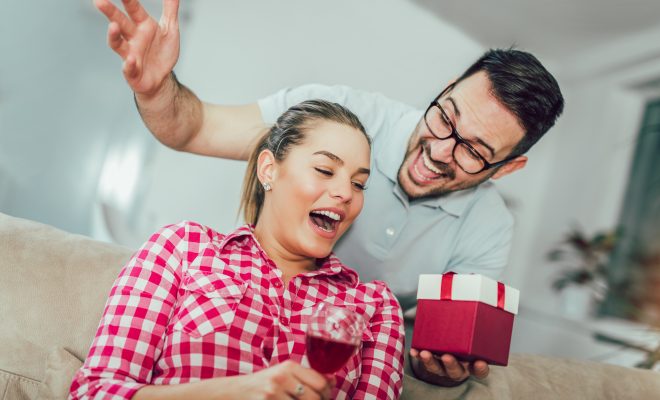 Returning home from a whirlwind weekend trip to Paris, a Swansea woman expressed her confusion about whether or not her new boyfriend’s increasingly frequent pattern of turning offhand comments of hers into hugely romantic and deeply meaningful events was something to be concerned about.

“Literally, all I said was ‘I like French fries’ after we got a Maccies, said Anna Kelly, 24. “Next thing I know, he’s bounding up to my door with two tickets for a plane leaving in 35 minutes to Paris.”

Initially pleased with the surprise, Anna became less enthused as she realised she would be unable to get her shifts covered for the duration of the time she would be away and would likely be “in deep shit” when she returned.

Her excitement only continued to wane as her boyfriend, Adam Slater, 27, revealed that he had booked the pair into an exclusive five-star hotel, arranged for them to be given a private tour of the Louvre, and offered to go down on her every night they were there, without reciprocation on her part.

“Adam is really sweet, but the way he keeps doing things like this is getting a bit overwhelming,” she continued. “We’ve only been together for about six weeks. Is he gonna keep this up the whole time? What if we split? I don’t even want to imagine what sort of sad-eyed, puppy-dog, waiting-outside-my-window-with-a-boombox bullshit that would bring.”

Anna first met Adam after they made eye contact on a busy train, resulting in him dashing through a throng of people to find her once they had both disembarked.

“I don’t want to sound ungrateful, but it’s exhausting having to constantly feel thankful. If we ever have an argument, I can say exactly fuck all. And I’m still ignoring the possibility he’s going to turn around and be one of those secret psychopath types”

Despite speculation from her male friends that she was just a shallow bitch who would appreciate the gestures more if they were coming from someone who looked like Brad Pitt, Anna confirmed that she remained wary.

Anna was last seen sighing and burying her head in her hands as the sound of Adam singing a song written especially for her could be heard coming from just beyond her front door.

Sean Craven is a freelance writer/TV runner based in Liverpool. He is willing to write absolutely anything, anywhere, anytime, for anyone and has dreams of one day becoming a screenwriter. He understands you have a choice of which of the literally billions of piece of content on the Internet to click on and would like to assure you that he both acknowledges and respects your superior taste in selecting something he wrote.

← Previous Story Lucky guess! Man who hasn’t noticed “anything different” about girlfriend takes wild shot with “haircut”
Next Story → Kinky! Woman spices up relationship by being the ‘big spoon’