Hollywood exclusive! What DOESN’T Chrissy Teigen do!? Wait, what does she do? 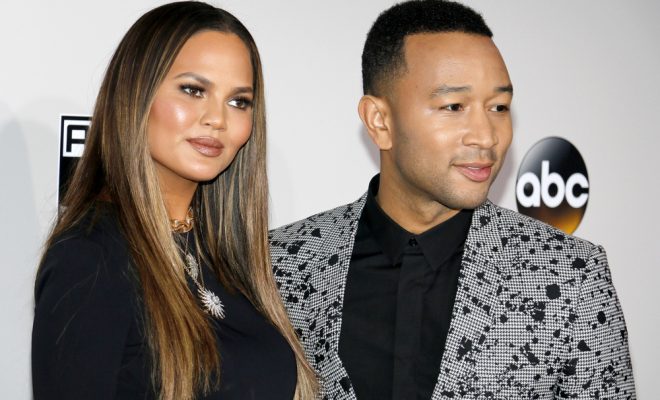 Hollywood: where lifelong dreams of waiting tables are made. Here to tell us about the unlucky celebrities whose service industry aspirations didn’t quite work out is our Hollywood correspondent, Sara Scully.

From doting mom to supportive wife, to the girl who dances in the background of Lip Sync Battle, Chrissy Teigen is basically America’s next Oprah – minus the troubled adolescence, education, and impressive accomplishments.

“She’s just, like, SO brave. I’ve never had a friend talk openly about breastfeeding before. I’ve actually never even had a friend breastfeed their child before,” stated bestie, and fellow “mom,” Kim Kardashian.

“Chrissy tweeted that she’s against sex trafficking while we were on a yacht last week. It’s really admirable that she’s so passionate about global issues, even while partying in St. Tropez,” said celebrity hairstylist, Jen Atkin.

Last week on Twitter, Chrissy called out Kevin Sorbo, who apparently played Hercules in the not-Disney version, for his stance on immigration.

“She called him ‘boy Xena’!” Jen continued. “The courage it takes to call out a washed up 80s actor on social media is truly the Herculean feat.”

With her three years of experience waving her arms on the show that should have stayed a bit on Jimmy Fallon, she may now have the means to DM Kim Jong-un and convince him that nuclear war is just plain silly!

When asked her opinion on climate change recently, she tweeted: “It’s been really hot.”

Sara is an aspiring comedy writer living in Los Angeles. Originally from Connecticut, she's completely embraced the Angeleno lifestyle - spending 3/4 of her life in traffic and paying stupid amounts of money for pressed juice. With an affinity for gangsta rap and Persian cats, she describes herself as “if Cher Horowitz had a baby with the Wu-Tang Clan."

← Previous Story Woman who never got into Harry Potter growing up goes on to have normal and happy adult life
Next Story → Are you really procrastinating at your best?