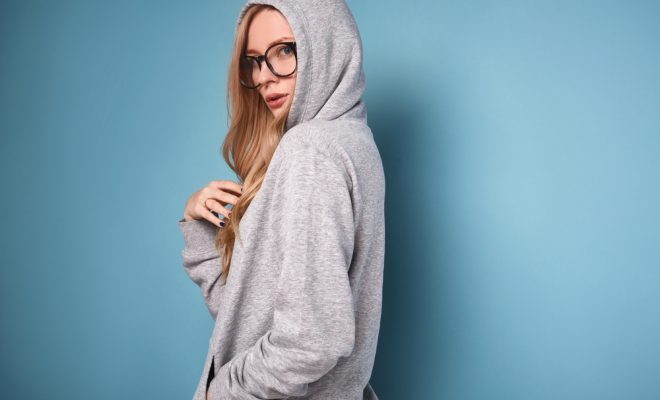 Emergency services were called to Clapham North rail station earlier today after an entire carriage of commuters was brought to tears by a 2013 secondary school leaver’s hoodie.

The offending garment belongs to marketing intern Jennifer Smith, 23, from Egham, who says it’s the first time she’s had this problem, despite having worn the hoodie every day for almost four years.

Speaking with first responders, witnesses were said to have expressed concern that the “inspiring” inscription, which read: “classmates for today, friends for life” was too moving for public use, and had caused a riotous emotional response.

Eyewitness Sarah Lewis, 34, said: “Seeing the inscription triggered a bed-wetting problem I thought I’d got over for good when I was seven.”

Responses to the hoodie, which is now being auctioned for a children’s charity on Depop, have been varied. Julie Newell, 28, from Hampshire, said: “I didn’t realise at first that the numbers ‘1’ and ‘3’ were, in fact, made up from the names of everyone else in her year. Jennifer’s bold tribute to her classmates had caused me to take a hard look at myself and finally re-establish contact with my estranged father.”

By comparison, a solicitor has threatened to file a class-action lawsuit against Jennifer on behalf of a handful of passengers who suffered serious stomach pains and nausea after getting too close to the unidentifiable food stains on the lower sleeve and chest areas.

“I never anticipated my hoodie would provoke such a visceral reaction from the general public,” explained Jennifer. “Obviously, I knew that it was going to turn heads when I spent the extra £4.95 per character for the nickname ‘JENNI XOXO’ to be emblazoned on the back, but I had no idea it was going to become a cultural touchstone.”

“One of the passengers is an English Literature PhD candidate, and has promised to use my jumper as the primary text for his thesis.”

To prevent further public nuisance, police are asking anyone with their own leaver’s hoodie to come forward as part of a citywide amnesty.

Jeremy Barclay is a musician and an assistant book-to-film scout. Failing to make a splash in both the music and publishing industry, his foray into comedy writing is a futile exercise in white male privilege.