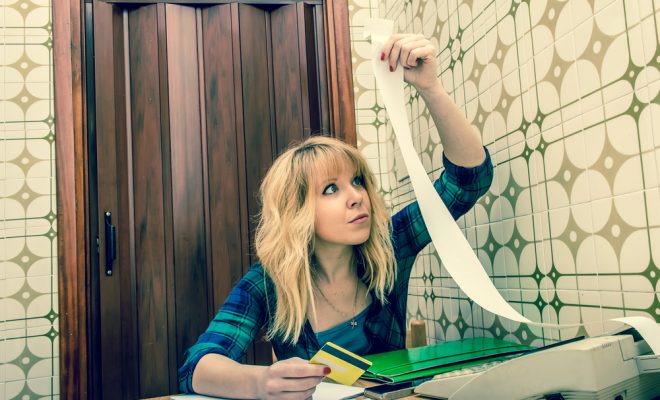 On receiving something called a ‘payslip’ last Friday, a south London woman has realised she may now classify as what is called a ‘functioning adult’.

Aged 24, with two degrees and four years of work experience, some people may say that it is “about cocking time”, but Amy Sitwell remains in shock.

“At first, I thought: ‘wow – I finally feel like a human being, endowed with the inalienable right to compensation for my labour,” said Amy, from the coffee shop in which she can now afford to buy a coffee and not merely pass by, purposely inhaling its wafts of caffeinated air.

“It hit me pretty quick, however, that they’re only paying me ten pounds an hour and I spend 60% of that on my rent, 10% on transport and 20% paying back the loan I took out to cover my years as an unpaid intern,” she continued.

“This latte has to last me til next Tuesday,” she added, pouring half of it into a thermos in her rucksack. “Each time I ‘go for coffee’ with my more appropriately salaried colleagues, I just pour it back out again from under the table. Of course, I have to take at least one sip each time, so it never lasts as long as you think ”

As she licked a remnant of foam from the back of her spoon, Amy added wistfully: “At least when I was intern I was technically being exploited – I was brimming with righteous indignation. I would eat every single miniature croissant left from the morning client meetings, and sometimes I would spend an whole hour of my afternoon having a shit – what could they say?”

“Now, as soon as I’m given a task, I prostrate myself in perfect curtsey while whispering ‘immediately, Madam’ and not making eye contact – like one of those red-cheeked scullery maids in Downton Abbey. I just can’t stop myself.”

Amy then caressed her tear-streaked face with the pale yellow envelope of her payslip, “They pay me money at regular intervals! An insufficient quantity of money, yes. But money!’